Renault has further advanced its EV plans by signing a strategic co-operation agreement with one of China’s biggest provinces to assist in the development of three new electric vans. 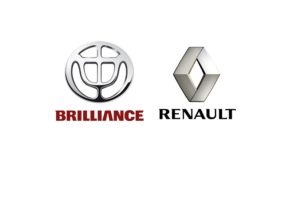 The French manufacturer has an alliance with China Brilliance, one of the country’s most prominent EV manufacturers, and have jointly confirmed plans for the three new commercial vehicles to be launched within two years.

“Ten months after our initial launch of our joint venture in China with Brilliance, we have a local management team in place, LCV product plan to deliver further growth with seven LCVs including three electric models, starting in early 2019. Our agreement with Liaoning Province will strengthen our foundation for growth,” said Renault Chairman and CEO Carlos Ghosn.

Groupe Renault and Brilliance China Automotive Holdings Limited (Brilliance) signed a contract for the formation of a joint venture beginning in 2018, to manufacture and sell light commercial vehicles (LCV) under the Jinbei, Renault and Huasong brands with the goal of achieving 150,000 sales annually by 2022, and an acceleration of electrifying powertrains. Since forming the joint venture, Jinbei brand sales had hit 124,900 by September.

Liaoning Province is one of China’s new automobile industrial hubs with over 120 auto & auto-parts manufacturers and is the largest provincial economy of Northeast China, which is the fastest growing EV market in the world. Globally, urban last-mile delivery is expected to grow by 125 per cent till 2030.