It’s fitting that the very first truck to be equipped with Scania’s new 13-litre bioethanol engine is being used to deliver ethanol. The truck belongs to Lantmännen Agroetanol, which operates the largest biorefinery in the Nordic Region. 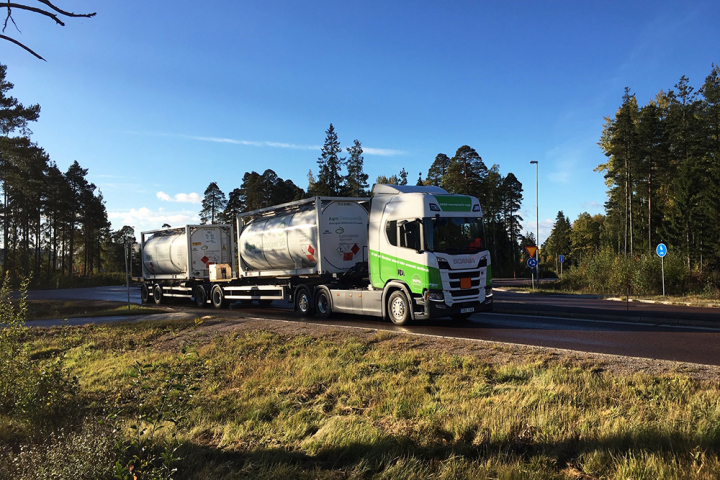 The 410 hp truck is operated by the Josef Lindberg i Sandarne haulage company for deliveries from Lantmannen in Gavle to customers in mid-Sweden.

“I’ve only made a few trips with the truck and it seems to perform as expected,” says driver Mikael Soderqvist.

“The only noticeable difference is that you don’t get that characteristic diesel smell. The 410 hp engine feels strong but I’m spoiled, having driven a Scania V8, and this one is understandably weaker in comparison. However, I’m also very enthusiastic about the new Scania generation.”

ED95 reduces carbon emissions by up to 90 per cent

By using the heavy vehicle grade fuel ED95 ( bioethanol blended with an ignition improver) carbon emissions are reduced by up to 90 per cent. There are also significantly lower nitrogen oxide and particulate matter emissions.

The new bioethanol engine delivers 2,150 Nm, equal to that of its diesel sibling, and the fuel consumption is also on a par with a conventional diesel engine. The new engine uses compression ignition similar to conventional diesels, which limits the need for hardware modifications.

The most significant changes made to the engine relate to the fuel injection system and the cylinders that have been modified for increased compression. It uses the same SCR aftertreatment as Scania applies to nearly all of its Euro 6 engines.