HBA Distribution took a number of its cealers across to Jack Sealey at the end of August and spent two very interesting and informative days at the comapny’s huge distribution facility in Bury St. Edmunds, Suffolk.

Over 30 customers from across Ireland travelled, along with key sales personnel from HBA and all were very well looked after by the Sealey management team led by Mark Sweetman and the three Sealey brothers – George, Ben and Robert. 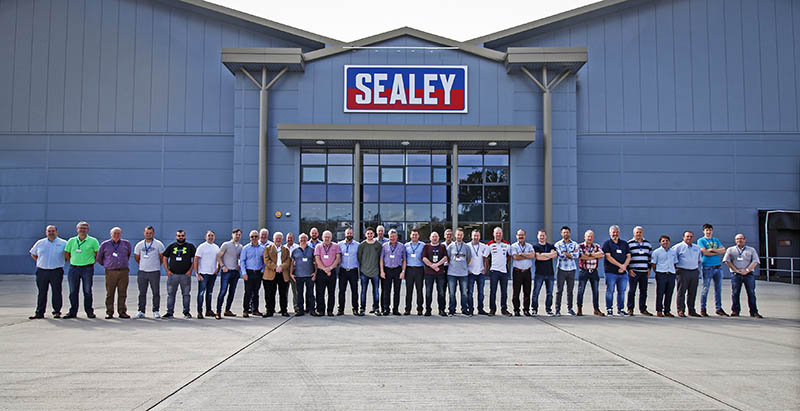 The Irish contingent were blown away by the sheer scale of this tools and equipment giant, which continues to expand relentlessly year after year and following the recent addition of a new Spare Parts and Service Centre, touring this massive facility now takes more than three hours to complete.

HBA dealers were not only hugely impressed by the more than £12 million stock-holding, but also by the smooth running of the entire operation and the systematic order-picking by this super-slick distributor, which now employs over 400 people. All agreed that this was a very worthwhile trip!