FORS, the Fleet Operator Recognition Scheme, will again participate at this year’s Ciclovia event in Belfast, to drive home its safety message and to help give cyclists a clearer perspective on road safety, particularly with respect to commercial vehicles. 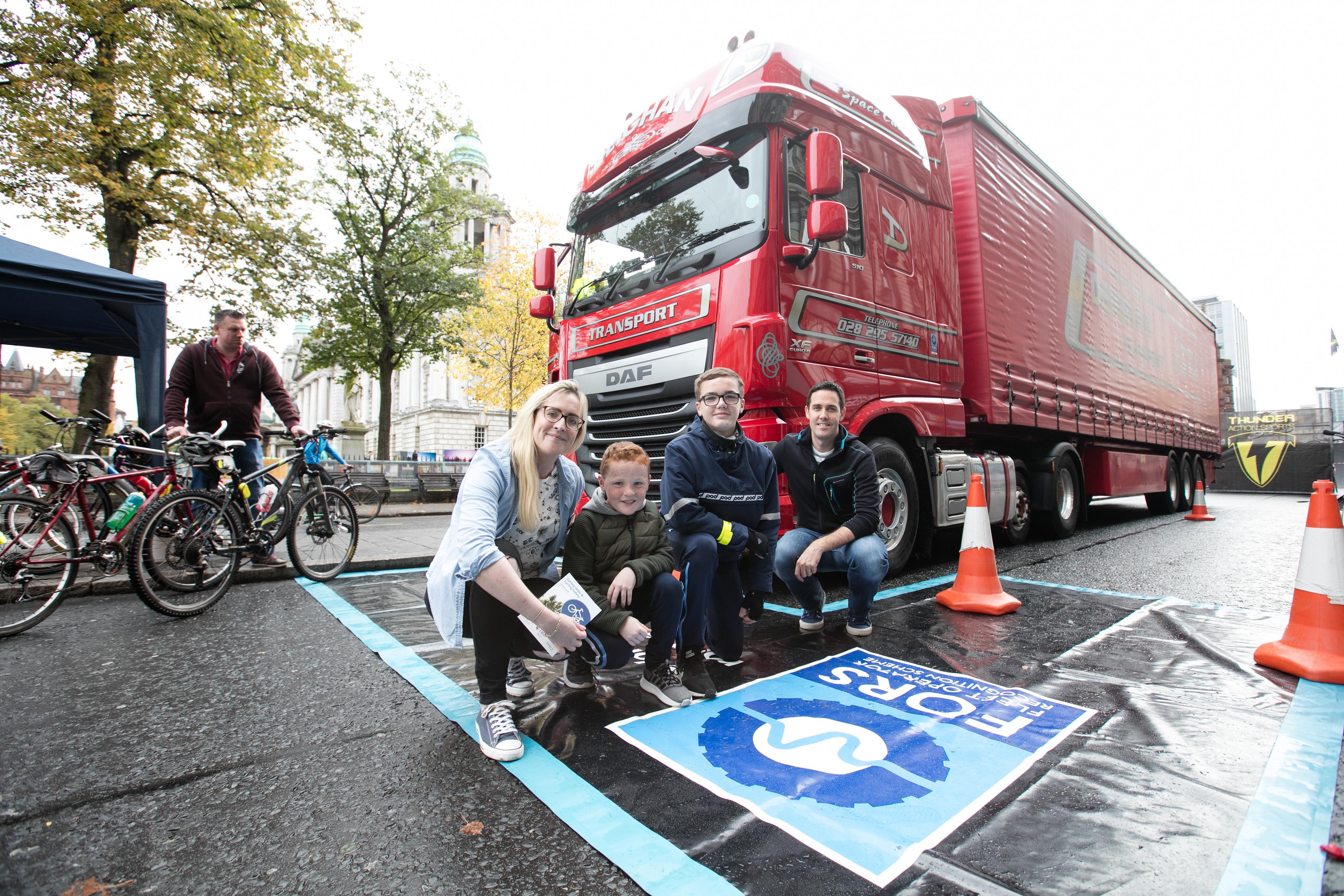 Ciclovia Belfast is a community event that will see part of the city centre closed off to motor vehicles, allowing cyclists and families to use traffic-free roads and to encourage healthier living. The event, which will take place on Sunday, October 7, in the heart of the city, is a Health and Community based initiative and will be the third year in succession that FORS has played a supporting role.
The ‘cycle freeway’ will allow cyclists of all ages and abilities to cycle on a traffic free route and with a number of activities planned at two ‘hubs’; Belfast City Hall and Botanic Gardens, both from 09:30.

FORS will again display a truck kindly loaned by FORS Silver Member, Deighan Transport. Company boss, Seamus Deighan, will also be present to show cyclists exactly what a truck driver sees from the cab, and in so doing demonstrate the dangers of cycling in proximity to commercial vehicles.

“Ciclovia Belfast gives us a fantastic opportunity to meaningfully engage with cyclists here in Northern Ireland,” said Peter Morrow, FORS Manager – Northern Ireland. “Our key message is one of safety – for vulnerable road users as well as our members – and here we can provide a first-hand demonstration of the dangers that are present everyday on the road. We’re also delighted to be in a position to affect the public’s appreciation of commercial vehicles and the vital role they play in our towns and cities.”