Market-leading van manufacturer, Ford, will reveal the production version of its plug-in hybrid Transit Custom at the IAA Show in Hannover next week. In a first for the segment, Ford will also debut a new 48-volt mild-hybrid (mHEV) power train. 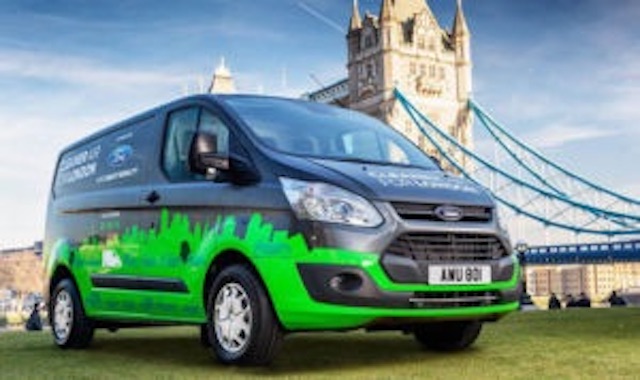 The Transit Custom PHEV has a hybrid system with a zero-emission range of up to 31 miles, and features a 1.0‑litre EcoBoost petrol engine as a range extender. The EcoBoost engine charges the on-board batteries when longer trips are required between charging stops, giving a suggested total range of more than 300 miles.

To be revealed in final production form in Hannover, the PHEV has a compact liquid-cooled lithium-ion battery pack located under the load floor, preserving the full cargo volume offered by the standard van. The vehicle features the all-new interior design from the latest Transit Custom, including dedicated information displays for the PHEV variant.

The 48-volt mHEV technology will be used on manual transmission vehicles to improve fuel efficiency, particularly in stop-start urban driving. The mHEV system captures energy on deceleration in a 48-volt lithium-ion battery, and uses the stored energy to help drive the engine and electrical ancillaries.

“Hannover will mark the arrival of an exciting new family of Transit commercial vehicles that are ‘born connected’,” said Hans Schep, General Manager, Commercial Vehicles, Ford of Europe. “Advanced connectivity, and our game-changing electrified vehicles, will create extensive new opportunities to create value for our customers.”