The British Truck Racing Championship team races in division two, with one of the most potent vehicles on the grid, an 11-litre, ex-Mercedes works team-built truck named ‘The Beast’, which delivers Porsche 911 beating performance figures and obviously therefore, takes some stopping!

Although the sponsorship was put in place before the opening round of the championship, pre-season optimism counts for nothing, as it is race-day performance that really matters. However, the Cole Trucksport team were blown away with the performance of the Borg & Beck Pad and Disc combination, when they had their first taste of Borg & Beck stopping power.

After making a fantastic start to the season finishing third, fourth and second in the three opening races at Brands Hatch over Easter, driver Simon Cole, AKA ‘Big Rev’ was ecstatic and said: “What an awesome brake set-up! We haven’t changed a pad or disc all weekend. Due to a water injector failing, we actually lost water cooling on the discs during testing, however they were still perfectly fine, even after getting extremely hot, and went on to complete the whole weekend. 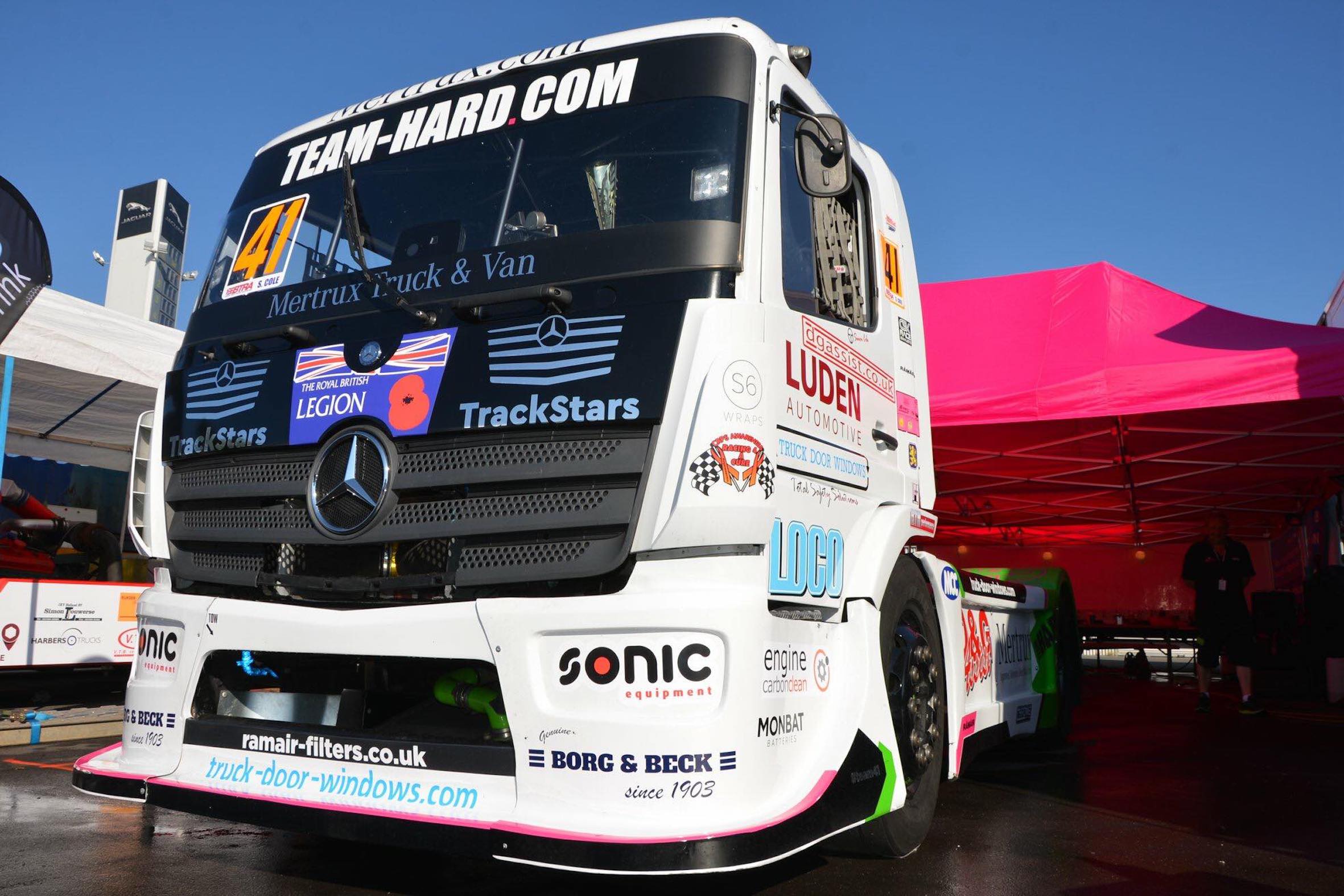 “We are also extremely pleased with the Borg & Beck Brake Pads as until now, we have never completed a weekend on one set of pads or without having to deglaze them.”

Putting this dramatic first performance further to the test, the team has now raced in five rounds – four in the UK and one at the iconic Nürburgring in Germany – and have experienced the highs and lows that always come in the pressurised arena of motorsport.

Irrespective of the highs – which have included several fastest laps and a number of second, third and fourth-placed finishes – and the lows – being taken out of the showcase Nürburgring event while overtaking a Dutch division one driver – the brakes have proved consistent and powerful and at Pembrey, where The Beast took pole position for the first race by a whopping 0.9 seconds, they were particularly effective in providing the supreme stopping power necessary to tackle the fearsome Hatches Hairpin!

“Our association with the Cole Trucksport team has been an immediate success for both parties,” enthused Jon Roughley, Global Marketing Director for Borg & Beck brand owner, First Line Ltd.

“We pride ourselves in the quality of the products in our entire range and the proof of that confidence is clear for all to see with the exceptional performance of the ‘off-the-shelf’ Borg & Beck CV Braking products we provide the team. This achievement is also something that should positively encourage the general trade and give them even greater faith in the wide range of products we supply under both the Borg & Beck and First Line brands.

“We will continue following the teams progress and wish them even more success in the final rounds of the championship.”

To read the full testimonial or find out the latest news concerning ‘The Beast’, follow the team at: https://www.facebook.com/coletrucksport