Northern Ireland-based trailer manufacturer SDC is creating 50 new jobs as part of a £7 million expansion at its production facility in Toomebridge, Co Antrim. 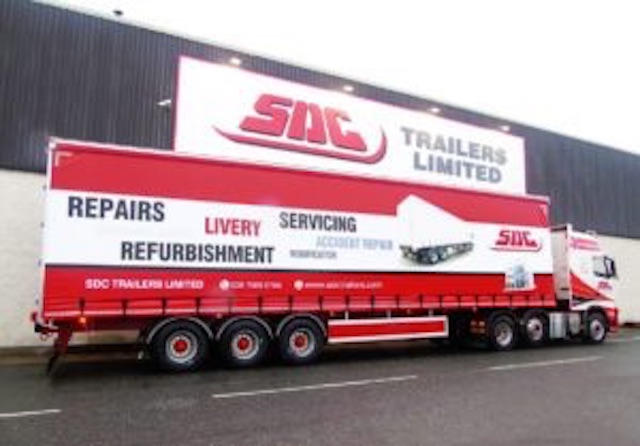 The new jobs include painters, welders, engineers and materials handlers and will bring the company’s workforce to over 900 people, putting it into the top 50 of Northern Ireland’s largest private sector employers.

SDC Trailers chief executive Enda Cushnahan said: “The opening of the new facility at Plant 1 in Toomebridge is an example of SDC’s proactive strategy to meet the growing demand for innovative trailers as required by customers in markets at home and abroad.

“The expansion will revolutionise our manufacturing process and gives us the ability to increase output of trailers by 50 per cent on a weekly basis.”

He said the move had enabled it to grow in international markets where it previously had only a limited presence.

“The demand in those markets is for tailored transport solutions which have been the cornerstone of the SDC success story,” he explained.

“The new facility has the systems installed to meet the additional demand of trailers in the new markets, whilst shortening delivery times.

“The news will be very much welcomed by the surrounding community, cements the firm as market leader in the UK and Ireland and positions it to challenge in markets overseas.”

SDC Trailers and its parent company Retlan Manufacturing were taken over by Chinese corporation CIMC Vehicles in 2016.