Van, Truck, Trailer, Bus and Coach Aftermarket News in Ireland
Menu
HomeNewsUK’s RHA claims money back for hauliers over cartel
In its next step towards getting compensation for thousands of UK truck operators, the Road Haulage Association there has now submitted its application to the Competition Appeal Tribunal in respect of the claim against the European truck manufacturers, found to be colluding in a price fixing cartel between 1997 and 2011. 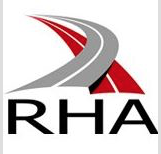 If successful, UK transport operators could be in for a possible windfall of over £6,000 for every 6-tonne and above vehicle  they bought or leased between 1997 and 2011. Broadly speaking, operators are entitled to claim for the difference between what they paid for their trucks (new, second-hand or leased) and what they would have paid had the cartel not existed. Commenting, RHA chief executive Richard Burnett said: “We have worked tirelessly on behalf of the industry to see fair play. This is a perfect example of the truck manufacturers working behind closed doors. We need transparency. “We estimate that the truck cartel will have impacted upon the buyers of 600,000 trucks that were purchased in the UK between 1997 and 2011, amounting to a potential compensation claim of over £5Bn. On the same basis, we estimate that operators in the rest of Europe bought 3.4 million trucks and could also be due compensation of over £25bn. “We are concerned that the profits made on the back of truck sales could be the tip of a cartel iceberg. Many of the truck manufacturers have a motor ‘arm’ – Volvo, Renault, Mercedes and Iveco (Fiat and Ferrari). And who can forget the VW emissions scandal in 2015?” VW are the automotive side of truck manufacturers Scania and MAN. More than 50,000 VW owners have signed up for the class action in a bid to get a pay-out because of defeat devices installed to fool emission tests and there is speculation that they will receive up to 100% of the original cost of their car; on average around £17,500. The European Commission has also said it is investigating allegations of collusion among the German car manufacturers over emissions.  Concluding, Richard Burnett said: “If the RHA’s competition claim is successful, there is a strong potential that the majority of the industry’s operators will benefit. This won’t happen overnight – it’s a long process. But we will continue to push for a result that will help the thousands of operators who have been dealt a poor deal.”