The distinctive yellow logo of premium brake brand, Textar, can now be seen whizzing around the track at this year’s British Touring Car Championship as well as other venues that host the Renault Clio Cup and Ginetta Juniors Cup during 2018.

Sam Osborne, 25, and Jamie Osborne, 14, race for Team O who are also associated with the Truck Racing Team of WDE Motorsport. 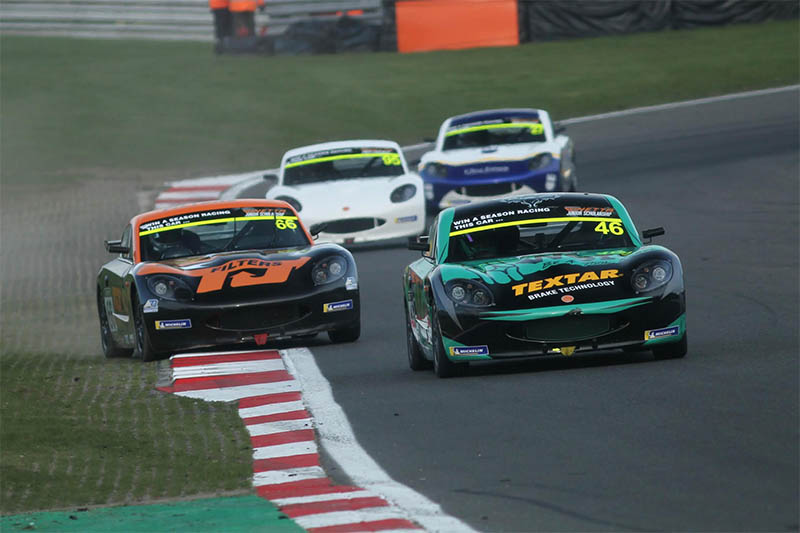 The association with the PC division follows an initial sponsorship of the truck racing team. Team Principal, Wayne Eason was so impressed with the quality and premium performance of Textar brakes, he made the decision to fit them on all competing trucks, as well as including the Textar logo on the two cars racing in the PC division.

Sue McKay, UK CV Sales Manager for Textar, said: “It is fantastic that the Textar brand has been featured on two of the cars competing at the British Touring Car Championship in their respective cups. We are proud that the quality of the brand’s products have been recognised and pleased to be associated with such high profile racing events.”