The Road Haulage Association in Britain who, between them operate nearly 50% of the UK’s 496,000 lorry fleet (and the UK haulage industry as a whole), has warned that the prospect of a future without a Brexit deal looks extremely bleak.

A no-deal Brexit will create massive problems for international hauliers – whether UK or mainland Europe based. It is time for a reality check.

Since the prospect of leaving the EU became a reality in June 2016, the Road Haulage Association has been campaigning tirelessly to get the best deal for its members. It is essential – for the people and businesses of mainland Europe and Great Britain that the current system of frictionless borders continues. 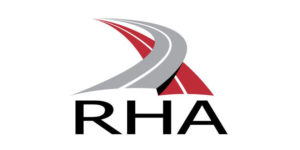 For supply chains, customs controls and the controlling of lorry movements the key issues. Should there be no deal and customs controls are established for UK hauliers at every European border, the knock-on effect will be crippling.

According to RHA chief Executive Richard Burnett, “The Dover Strait handles 10,000 lorries each day and processing them through the port is currently seamless.

“The stark reality is that if customs controls are put in place, it will take an average of about 45 minutes to process one truck on both sides of the channel. If that happens then the queues of HGVs in Kent will make the jams seen in the summer of 2015 appear as little more than waiting for the traffic lights to change.”