Schaeffler has played a key role in helping Porsche break its own 35-year lap record of the Nürburgring-Nordschleife circuit.
The Porsche 919 Hybrid Evo, driven by Timo Bernhard, shattered the previous best time by almost a minute, recording a lap of five minutes and 19.55 seconds.

The record-breaking 919 Evo is a heavily-modified version of its now retired Le Mans racer, with Schaeffler being a partner of the project. The racer consists of a two-litre V4 engine and two electric motors that churn out almost 1,200 bhp.

Compared with its predecessor, Porsche also added more than 50% downforce to the car and reduced its weight to just 849kg. The 919 Evo had already smashed records during its ‘Tribute Tour’ after Neel Jani recorded a lap-time of one minute and 41.770 seconds at the Spa-Francorchamps circuit in Belgium – eclipsing Lewis Hamilton’s qualifying lap in the 2017 Belgian Grand Prix. 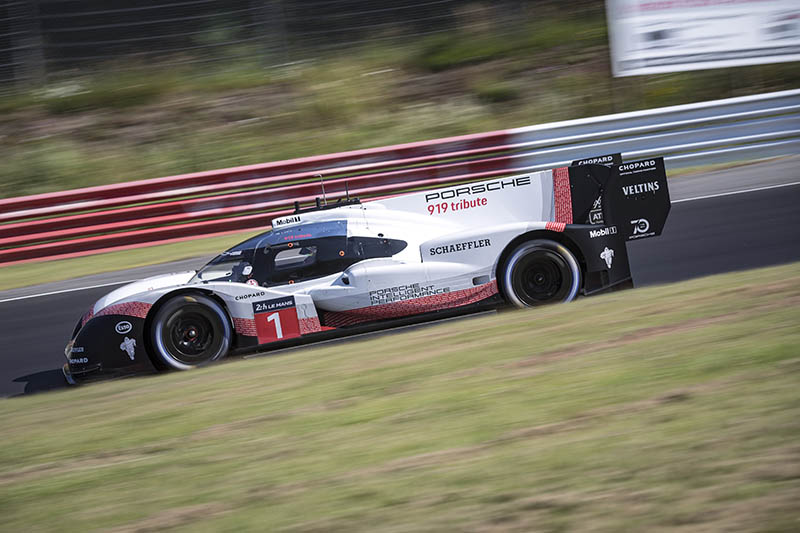 Porsche and Schaeffler have enjoyed a rich history in motorsport; their partnership has brought them phenomenal success in winning a hat-trick of 2015, 2016 and 2017 FIA World Endurance Championships, including victories in the famous Le Mans 24-Hour during those years.

The new lap-record, therefore, is further evidence of Porsche and Schaeffler’s ability to produce excellent results.
Schaeffler Chief Technology Officer, Professor Peter Gutzmer, said: “To beat the previous time by almost one minute is incredible – we are proud to be one of Porsche’s partners.

“The record illustrates how powerful and efficient race cars with hybrid powertrains can be. We are convinced that, with the help of Schaeffler products, the combination of an IC engine and an electric motor will combine efficiency and driving pleasure in the near future, as the technology filters its way through to production vehicles.”