Two NGK employees are about to set off on a near 425-mile cycling marathon to raise funds for charity.

Marko Wowczyna and Stuart Bayne are undertaking the challenge to raise money for the National Autistic Society and the Downs Syndrome Association respectively.

Setting off on Wednesday, July 25 they aim to cycle from south London to Dover, cross the Channel and then cycle into Paris down the Champs Elysee on Saturday, July 28 – the day before the Tour De France arrives in the French capital. 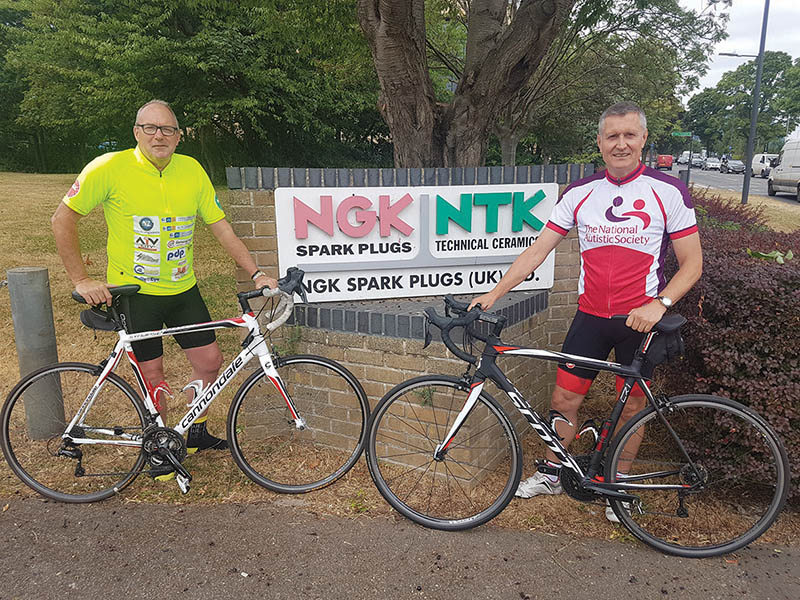 After a quick celebration under the Eiffel Tower, they then plan to hot foot it across Paris to catch the Eurostar to return to London in time to compete in the London Ride 100 on Sunday, July 29, a combined distance of just under 425 miles.

Marko Wowczyna, Director – Automotive, NGK Spark Plugs (UK) Ltd, said: “It will be a tough challenge but is one that Stuart and I will be doing our level best to complete. The distance is a bit daunting in the timeframe we have set ourselves, but we will encourage each other as we undertake each stage.”

Earlier this year, Stuart, who is Sales Manager – North for NGK Spark Plugs (UK) Ltd, took part in the London Marathon, his fourth charity money-making endeavour for the DSA, having previously raised funds by taking part in last year’s London 100 Cycle ride as well as completing sponsored rides in Europe and New Zealand.

If you would like to sponsor Marko or Stuart, please use the link @virginmoneygiving.com where any kind donations will be split between the two charities.