With fitment completed in around 30-minutes, the additional tag-axle allows Statham’s to lift and tow heavier casualty vehicles – typically eight-wheelers – and is complete with braking system and pneumatic suspension. In its basic 4×2 layout, the New CF provides greater manoeuvrability throughout Statham’s area of operation, which includes London, the M25 and the so-called Home Counties. 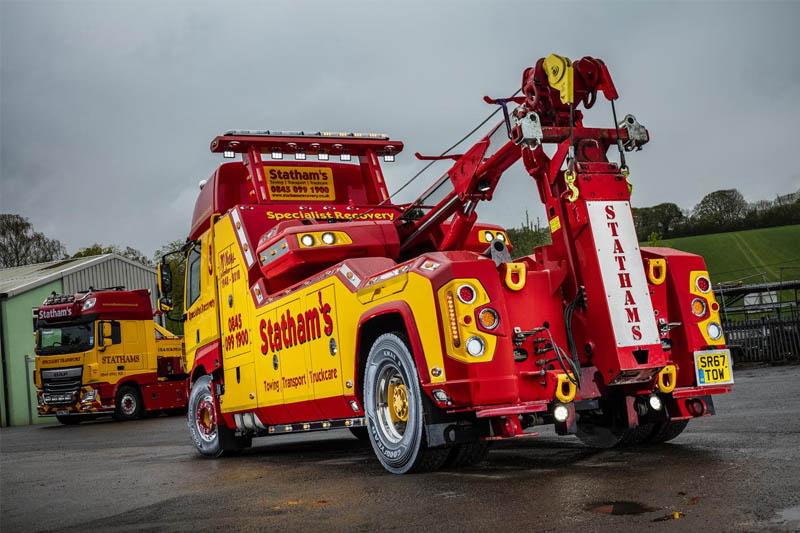 With its range-topping 13-litre, 530bhp engine, and despite a good deal of necessary idling time, the New CF is delivering an impressive average fuel economy of 9.5mpg.

“The New CF is a £210,000 investment for us,” said company owner and third generation family member in the business, John Statham, “we wanted greater operational flexibility. The NRC crane and winches mean we can recover almost any car and light commercial vehicle, but,” he said, “it is the versatility of the interchangeable axle which allows us to lift heavier vehicles above 14-tonnes and up to 44-tonnes. We now have one vehicle fulfilling the role of two. 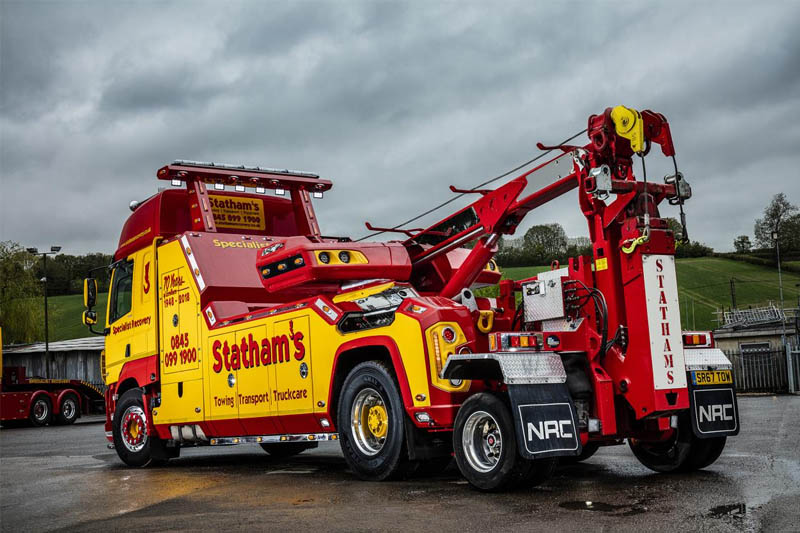 “Fuel economy from such a big engine is an extremely welcome bonus, and is a significant improvement on our previous, lower-powered DAF CF,” added Statham. 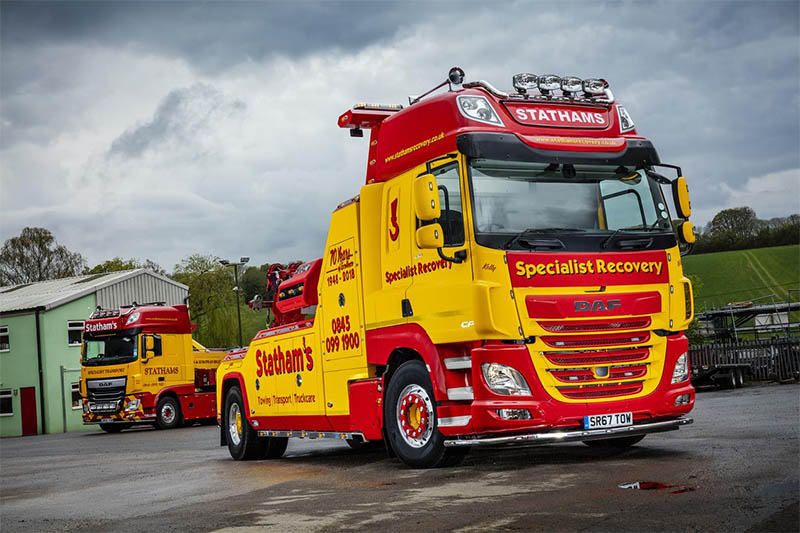