Mercedes-Benz has revealed a new hydrogen fuel cell concept based on the all-new Sprinter van.

The Sprinter F-CELL is based on a Sprinter chassis cab, fitted with a camper van body, though the technology could be deployed in any of the van’s chassis and body options.

The technology is derived from that already seen in the GLC F-CELL passenger car concept and uses a fuel cell stack that sits under the bonnet, where the diesel engine would normally be. The electricity it makes is then sent to a rear-mounted electric motor and transmission, giving the equivalent of 197bhp. 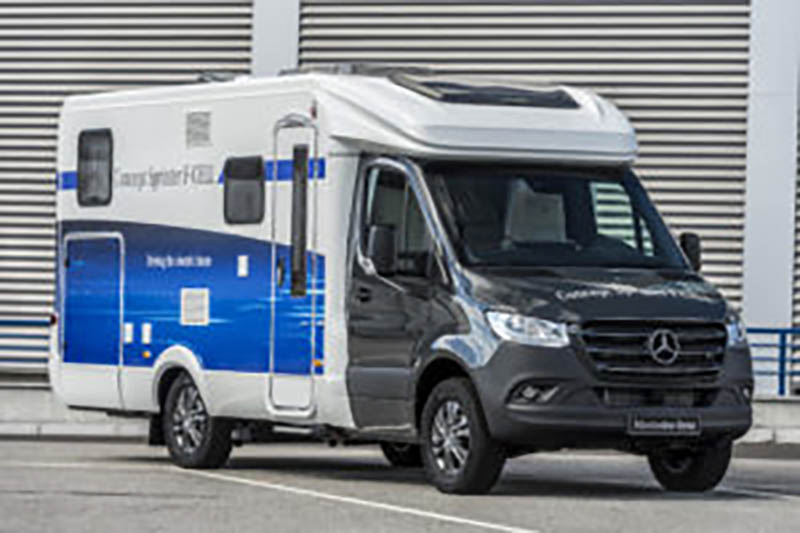 It can carry up to 8.4kg of hydrogen, giving a potential range of 310 miles of zero-emissions driving. The Sprinter F-CELL also has a plug-in battery pack, similar to the one found in the forthcoming eSprinter electric van, which can give an extra 19 miles of range.

One of the reasons Mercedes-Benz chose a camper van to demonstrate the technology is because the electricity generated by the fuel cell can also be used to power the fridge, cooker and water heater.