The Independent Automotive Aftermarket Federation (IAAF) has voiced its support for a campaign by the Intellectual Property Office (IPO), to raise awareness about the risks posed by counterfeit car parts. This comes as various seizures of counterfeit car parts and accessories have occurred in the UK in the past two years, which is adding to the growing problem worldwide.

The IAAF is urging garage and motor factor businesses to be even more vigilant in light of this surge in reported cases, throwing its weight behind the IPO’s campaign aimed at highlighting the problem and the dangers of using (knowingly and unknowingly) counterfeit car parts.

Counterfeit car parts can affect both OEM and aftermarket businesses alike, as counterfeiters are growing more savvy in making the parts look identical to genuine ones.

IAAF chief executive Wendy Williamson has warned that whilst parts might look the same, they are unlikely to perform to the same standard and in many cases the counterfeits are produced using dangerous and substandard materials, which have not been properly tested. 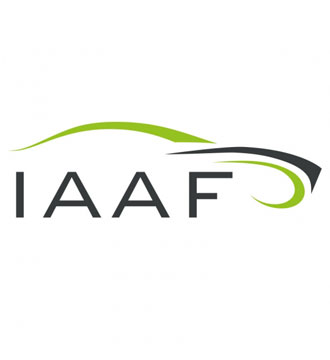 The campaign also extends to consumers, and the care they should take when buying car parts, particularly the risks associated with parts being bought online to fit themselves or purchasing to then ask garages to fit them.

“We are not saying don’t buy from places such as the internet, but make sure you know who you are buying your parts from. There are many respected distributors in the UK all of whom have the correct processes in place to ensure parts are traceable back to the factory in the event of a recall.”
Williamson continues: “Safety is of paramount importance in our sector; in brakes for example, braking distances can be significantly reduced and with lighting, dazzle and glare can be an issue. Counterfeit parts are putting motorists’ lives at risk.

“It is important, now more than ever, that suppliers, distributors and garages are aware of the origin of the parts they are using.”

Top tips are available on the IPO’s website www.ipo.gov.uk, which gives guidance to consumers to help them make the right choice.