While the heat of the summer is well and truly upon us, the hot weather is causing health problems for the UK’s van drivers, according to the latest Business Barometer research from Mercedes-Benz Vans UK Ltd.

Despite warnings to carry water at all times in the ongoing heatwave and warm weather, one in five of the UK’s van drivers are avoiding drinking water suggesting that drivers are keen to avoid having toilet breaks that can impact targets for delivery companies.

More than 2,000 van drivers and owners in the UK were asked to give their feedback on hydration and health, and a staggering 70 per cent say that work pressures severely impact their ability to keep hydrated and have a healthy diet – with 27 per cent adding that they rely solely on sugary drinks or caffeine to get them through long days. 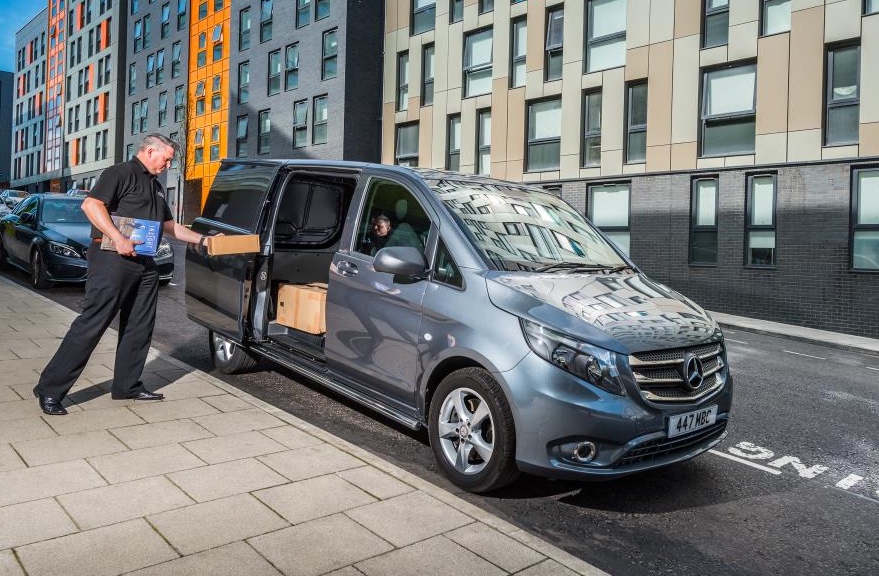 Nearly two-thirds of drivers (63%) say that their health has been impacted by a poor diet at work with one in ten now suffering a serious health condition as a result of working patterns.

Perhaps unsavoury, but another issue is van drivers avoiding toilet breaks. One in ten say that they ‘wee’ on the move to avoid having to stop and potentially miss challenging targets, with 31 per cent saying that asking to use a customer’s facility would be too awkward.

Johanna Hignett, member of the British Dietetic Association and spokesperson for the National Hydration Council, said: “Van drivers have a busy job and need to maintain high levels of concentration all day. Being well hydrated is really important, not only for our physical health, but also for mental performance. If we don’t consume enough water, we can experience fatigue, or become less alert, so it is really important that van drivers are taking on fluid throughout the day. The European Food Safety Authority recommended fluid intake per day for is 2.5 litres for men and 2 litres for women, around three quarters of which should be coming from drinks.

“Water is the healthiest way to hydrate as it contains no sugar or calories, so van drivers make sure that they always have plenty of water with them in the cab so they can take a drink at regular intervals throughout the day.”