The running surface profile of the new eLineTM rings for use in the 2nd groove has been designed to distribute oil more evenly around the cylinder bores and to modify the running face area for reduced gas pressure force. This results in enhanced engine efficiency, increased robustness and lower emissions. Bench tests with eLine in different diesel engines have shown a significant reduction in blow-by of up to 20 percent, which converts directly into either an increase in mean effective pressure or a decrease in fuel consumption. Federal-Mogul Powertrain will present the new eLine piston ring technology to the public for the first time at this year’s IAA Commercial Vehicles in Hanover (Booth E33, Hall 4.1) from 20 – 27 September. 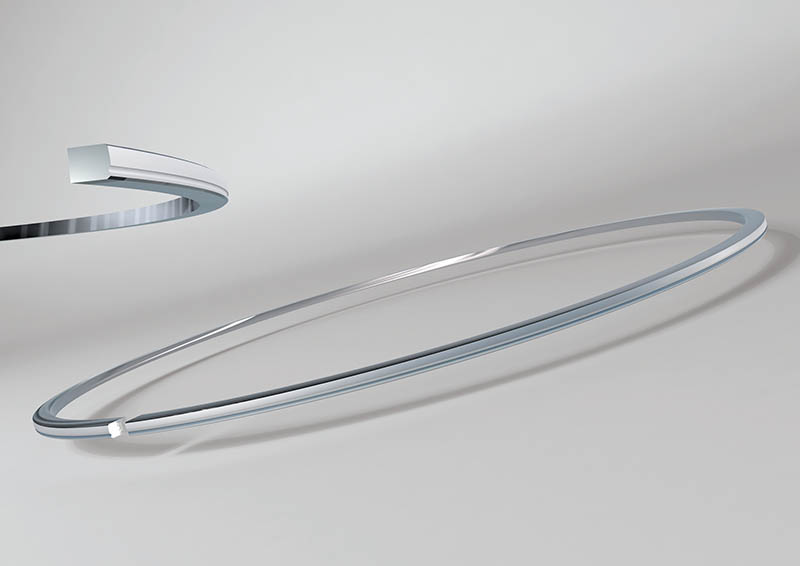 Rings used in the 2nd groove of commercial vehicle engines are predominantly designed with a tapered running face profile. These can struggle to maintain a homogenous oil film in sub-optimal conditions, such as bore distortion or oil supply issues. The tapered profile also provides a comparably large running face area, which can result in radial ring instability when pressure between the inner and outer diameter of the ring becomes imbalanced.

The eLine piston ring has a circumferential groove towards its lower side, allowing surplus oil to be retained below the ring. The oil in this groove reservoir creates a circumferential pressure difference that generates controlled oil flow around the bore as the piston reciprocates, improving the uniformity of the oil film. The hydrodynamic function of the running surface profile has been developed in a way that allows for a reduced area for gas pressure force towards the upper side of the ring.