The Mayor of London, Sadiq Khan, has confirmed that the capital’s Ultra Low Emission Zone (ULEZ) will expand out to the North and South Circular roads from 25 October 2021.

The new ULEZ will cover an area 18 times larger than the initial Central London Ultra Low Emission Zone, which is to be introduced in the centre of the city from early 2019.

The ULEZ will replace the current T-Charge emissions surcharge applied to older vehicles entering the capital and will see vehicles that do not meet certain emissions standards liable for a daily charge to drive within the zone, ranging from £12.50 for vans and light trucks up to £100 for pre-Euro 6 heavy goods vehicles. 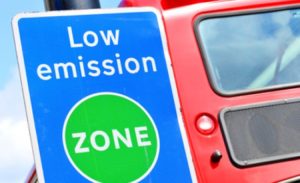 Mayor Khan said: “I promised hard-hitting measures to tackle air pollution and City Hall is confirming the next stage of our plans to expand the Ultra-Low Emission Zone up to the north and south circular roads.”

The public consultation on expanding the ULEZ was the largest ever recorded by TfL, City Hall said, with 56% of respondents supporting the expansion of the ULEZ boundary from central London.