Schaeffler REPXPERT was delighted with the positive attendance at its LuK Clutch Systems training event, held at the REPXPERT Academy in Hereford on Tuesday, January 30.

Technicians, many of whom had travelled far to take part, participated in an engaging session, presented by well-known REPXPERT, Alistair Mason. Throughout the day, the group were provided with a thorough introduction to Schaeffler, before immersing themselves in the world of clutch systems.

Finally, each member of the group was tasked with installing and testing a Schaeffler dual mass flywheel. It proved to be the perfect opportunity for the technicians to show off what they’d learned during the course. 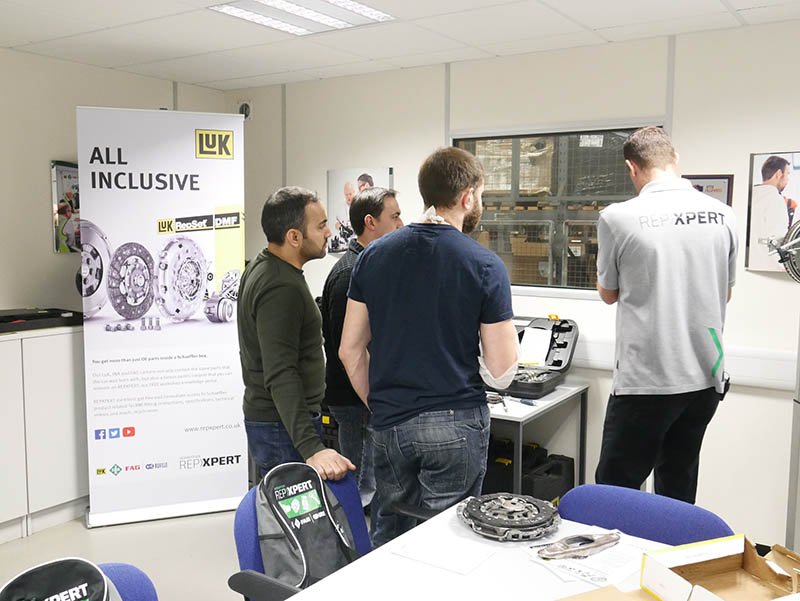 Alistair said: “The course was a resounding success for everyone involved, and I’m looking forward to the LuK 2CT Double Clutch training course on 19th March.”

Graeme Thompson, one of the technicians who attended the training course, said: “I gained invaluable information regarding the manufacture, fitting and reasoning behind some of the more advanced clutches and dual mass flywheels. I was very impressed with Schaeffler’s commitment to the aftermarket and support it is giving the industry, most importantly to the people who are fitting the product.”

Those that wish to enrol on one of Schaeffler’s free training courses, held at the REPXPERT Academy in Hereford and orchestrated by a member of the REPXPERT team, can book their place on the REPXPERT website now at www.repxpert.co.uk.

The live training course schedule can be found underneath the ‘LEARN’ section of the website, where details of each course can be found.

The next two courses – the first focusing on INA and FAG products, the other a 2CT Double Clutch course including IMI assessment – will be held on the 21st February and 19th March respectively.