FTA Ireland (FTAI), the country’s most active membership association for the logistics industry, has called on the Department of Transport and the Road Safety Authority to increase funding for education and awareness campaigns for all road users. According to FTAI this is vital to continue to improve road safety standards and to focus on vulnerable road users, including the security and safety of cyclists while on Ireland’s roads. 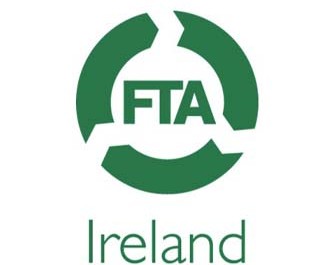 At a meeting this week with the Minister for Transport Tourism and Sport and department officials, FTAI highlighted serious matters of pressing concern for its members with road safety as a priority, and encouraged the Minister to support fairer road side enforcement through increased funding for An Garda Siochana Traffic Core.

The FTAI Trucksafe and VanSafe standards were highlighted to the Minister as proactive measures FTA Ireland members are already taking to improve compliance and road safety and the association asked for more recognition of this from all stakeholders, including government. Other areas discussed during the meeting included Brexit, clarification of the weights and dimensions standards for 5 Axle rigid HCV’s, fuel equalisation and alternative technologies.

“Recently touted legislation that would require motorists to give cyclists at least 1.5m of space on roads whilst overtaking is non-enforceable,” says Aidan Flynn, General Manager of FTAI, “and we stressed this at our meeting with the Minister. Our members believe that the focus must be on education and awareness for both drivers and cyclists, and that includes periodically reviewing the ‘rules of the road’ Every road user, whether under pedal- or engine-power, has a responsibility to educate themselves about the potential risks involved in travelling along Ireland’s road networks.

The government has a key role to play in keeping all road users safe and compliant, and we believe that better education will help to reduce the number of accidents and fatalities experienced by vulnerable road users.”

Mr Flynn was speaking after discussing a range of measures which FTAI members believe could help to address the safety of all road users in the coming months with the Minister and his team:

“During the winter months, vulnerable road users like cyclists are at an increased risk due to reduced visibility and lack of understanding of road conditions. New Years’ resolutions may encourage more people to adopt ‘pedal power’ but all road users must take ownership of their own safety to ensure that the worrying rise in cyclist deaths can be reversed.”

To encourage its members to revisit their own safety procedures, FTA Ireland is promoting a series of road safety tips to its members, as well as cyclists. The list of advice includes speed management, sightline advice for drivers and those on bicycles, and correct lane management. 15 cyclists lost their lives in Ireland’s roads in 2017 according to official figures, an increase of 50% on the 2016 figures.