Volvo has announced a new version of its EV 7900 Electric bus with increased range and charging options.

The UK is the largest market for Volvo’s hybrid buses with over 700 in operation around the country since the first delivery in 2009. The Harrogate Bus Company will be the first UK firm to operate the all-electric version from 2018, while it is also currently on trial in Greater Manchester. The updated 7900 Electric offers increased versatility to make it viable in a wider range of duty cycles. 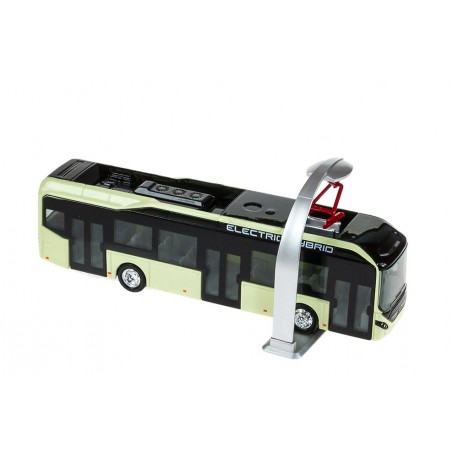 The 7900 Electric can now be ordered with a choice of 150, 200 and 250 kWh battery packs for increased range, while the charging options have also been increased. As well as the fast-charging OppCharge system 7900 Electric models can now also be charged by CCS, the European standard mains to vehicle system.

“This is a very important reinforcement of our electromobility product range, giving our customers maximum flexibility in their daily operations. During peak hours the buses can operate continuously without stopping to recharge. Instead, the batteries can be charged once traffic is at off-peak levels. On shorter routes, they can even run throughout the day and be charged at night,” said Håkan Agnevall, President of Volvo Buses.

“Operators can choose the charge interface that best suits each particular occasion. For instance, CCS is suitable for high-power charging when the bus is parked in the depot,” said Johnny Lidman, Product Manager City Buses Europe at Volvo Buses.

The Volvo 7900 Electric is making its debut at the Busworld international bus fair in Kortrijk, Belgium, this week. The first models of Volvo’s new generation of electric buses are expected to become operational at the end of 2018, and are sold as a turnkey solution with Volvo taking care of all maintenance of both vehicles and batteries at a fixed monthly cost.