The Joint Committee on Communications, 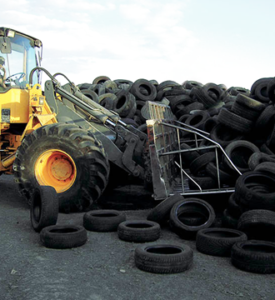 has decided to defer any changes to the new Waste Management Tyre Regulations for seven months having listed to submissions from the tyre industry.

Following the scrutiny of the Waste Management (Tyres and Waste Tyres) Regulations 2017 by the Joint Committee on Communications, Climate Action and Environment, a decision was made this week on Tuesday, October 24, to defer any changes to the operation of the Statutory Instrument for seven months.

and called on the Committee to nullify the regulations or make recommendations that will take these issues into account.

In expressing total frustration at the deferment and at industry issues being ignored, Paddy Murphy said:  “While we are totally supportive of a scheme that ensures the safe and environmentally friendly means of disposing of waste tyres, it should not be at the cost of jobs for ITIA members.”

“We have clearly outlined to the Committee time and time again that, because this legislation does not apply in Northern Ireland, companies here in the south are at a real competitive disadvantage. In addition, as it stands under the present regulation the scheme will not achieve its objective of tackling the problem of illegally dumped tyres as there is no means of enforcement because due to a lack of resources for Local Authorities,” he continued.

“These are the real  issues that need to be addressed and the announcement of a review in seven months’ time is only kicking the problem further down the road and in the meantime our members are going to have to deal with the impact of this on their businesses.  We need immediate action!” he added.