Winter time is Liqui Moly time. When it gets cold, many products by the German motor oil and additive specialist really show their true potential. 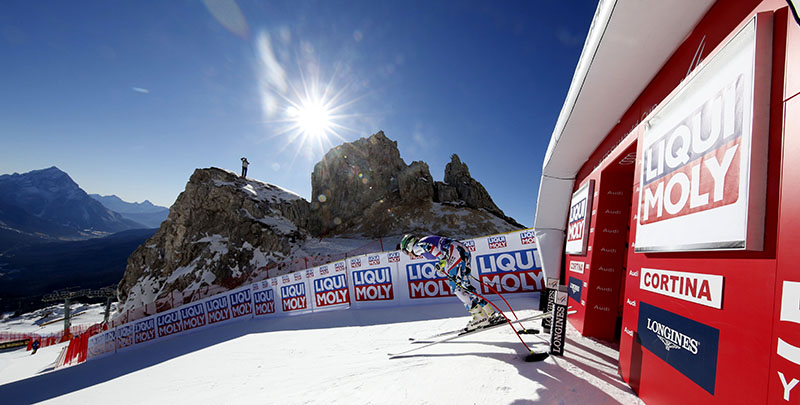 The company logo will be seen at winter sports events around the world for the next two years, as the company sets its sights on new sports with a several million euro investment in sponsorship.

At the Ice Hockey World Championship in Germany and France in May, Liqui Moly was there as advertising partner for the first time. The response to the involvement at the largest annual wintersports event was so good that the company will once again be sponsor at the world championship in Denmark next year and in Slovakia in 2019.

“The media range, particularly on television, that the events over the past few years have given us has been phenomenal and has caused us to continue on this path,” says Liqui Moly Marketing Director Peter Baumann. This figure is to increase again with the new sports.

The sponsorships also promise great potential in markets that are important to Liqui Moly, but which are not necessarily associated with winter sports, such as South Korea and China, for example. The sprint world championship in speed skating will be held in Changchun, China in 2018. And two of the four 2017 World Cup competitions in short track are taking place in Shanghai and Seoul in November. The hosts for the competitions in the 2018/19 season are still to be decided. “But they are bound to be in Asia again. This is a region of the world that offers us an extremely large potential for growth,” says the Marketing Director.

From September to May Liqui Moly will be practically constantly present at 226 event days over the next two winter sports seasons. “When our motorsports events are having their winter break, Liqui Moly is playing on other stages. This ensures our brand is practically permanently visible in sports and the media. At the same time, we are increasing the brand awareness outside of motorsports.”

Peter Baumann: “We are involved in winter sports because the sports chosen by us have followers around the world. This allows us to bring people closer to the Liqui Moly brand at the host locations and via the media.”