General Motors (GM) used a military exhibition in Washington DC to reveal what it says will be a fully autonomous, fuel cell-powered commercial vehicle chassis that will benefit both civilian and military applications.

The company says its Silent Utility Rover Universal Superstructure (SURUS) is a flexible fuel cell electric platform with autonomous capability. It revealed the truck at the fall meeting of the Association of the United States Army (AUSA), stating that the commercially designed platform could be adapted for military use. 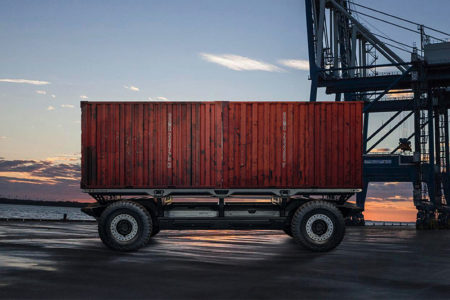 The manufacturer has long been a backer of fuel cell technology, which is a core part of its zero-emission strategy. With SURUS, GM says it offers a solution that can be scaled to larger vehicles with large payload requirements and operate over longer distances.

SURUS was designed to form a family of commercial vehicles with a single propulsion system integrated into a common chassis. The SURUS platform is equally well-suited for commercial fieght, civilian and military use, claims the company.