An electric bus has broken a world record by travelling more than 1,100 miles on a single charge, helping to dispel myths around compromised range.

The Proterra Catalyst ES Max is the creation of a Californian technology company, and underwent the testing at a proving ground in New Carlisle, Indiana, USA. 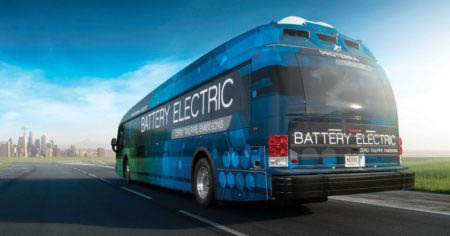 The bus, which has a 660kWh battery, is 40-feet long and capable of carrying 50 passengers, although it was travelling with only a driver during the testing. It covered a total of 1,102.2 miles on a single charge, operating at normal road speeds.

A light-duty passenger electric vehicle – 46 times lighter than the bus – set the previous record of 1,013.76 miles.

Proterra said its “major feat” paved the way for more heavy-duty electric vehicles (EV) such as coaches and trucks.

The company has sold more than 400 of its buses to councils, universities and commercial transport agencies in 20 states across the US, with a view to exporting them across the globe.

London has the largest electric bus fleet of any major city, with more than 2,500 hybrid electric buses running across the capital.