BYD has achieved quick lift off for its all new Midibus which is only receiving its world premiere at the Busworld Show in Belgium this week.

It was announced at the Show that Dutch company Connexxion has ordered 21 units of the new model for use in the north part of North Holland. The new fleet will deliver a service in largely rural areas during the daytime. 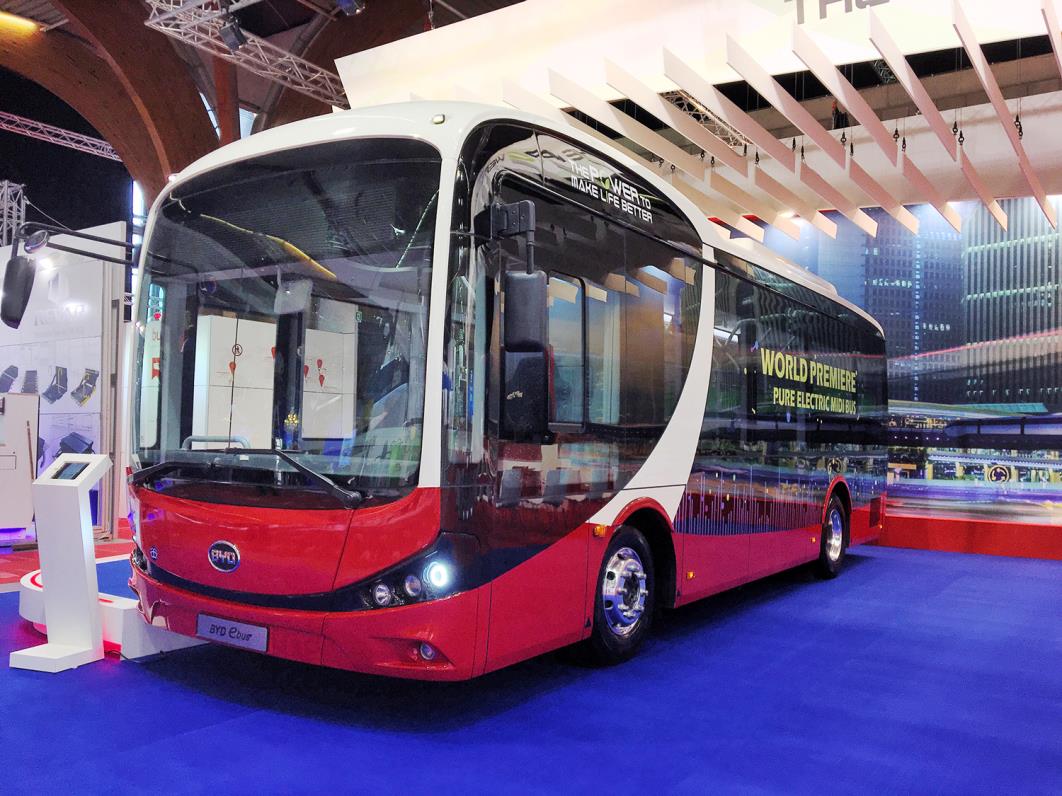 Delivery of the Midibuses and the start of operation is scheduled in the summer of 2018. The new BYD model takes BYD Europe into a new market sector and augments the BYD ebus range which includes single deckers up to 18m longer, double deckers and an electric coach.

The Midibuses ordered by Connexxion have an overall length of 8.75m, two doors and have seats for 26 passengers (with a total capacity of about 50).

This is believed to be one of the largest orders for heavy duty pure electric midibuses in Europe and is certainly the first significant one to be placed by a Dutch operator.

Eric van Eijndhoven, Managing Director of Public Transport for Connexxion, said: “We chose BYD due to its proven and leading electric bus and battery technology. We are delighted to be the first user of this important new model and know our passengers will enjoy the new levels of green performance the buses will deliver “.

Isbrand Ho, BYD Europe’s Managing Director, said: “This is great news which confirms the attractiveness of our new model which brings big bus features to the midibus sector. This is a real bus with all the reliable, heavy duty features operators expect but smaller than our other ebuses and of course totally emissions free”.