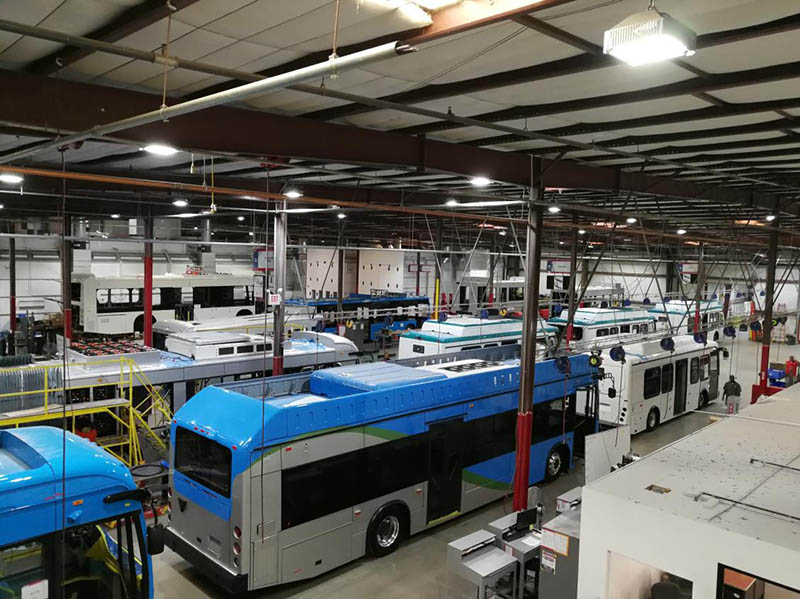 BYD’s nearly 800 employees in California were also on hand to help commemorate the new expansion for the Coach and Bus factory. BYD is also set to hire hundreds of local workers for Its expanded coach and bus production line, which will build up to 1,500 electric buses annually.

BYD is the undisputed leader as North America’s largest electric bus manufacturer, having delivered 137 electric buses in the U.S. and Canada, including more than 75 buses delivered in 2017. BYD is currently producing an additional 300 buses based on current customer orders and has options for more than 300 additional electric bus purchases.

By the end of 2017, BYD will also have delivered 70 all-electric trucks to 15 customers in North America, with orders for more than 140 trucks to-date.