From October 20-25 2017, representatives of the international bus industry will meet up at the Busworld fair in Kortrijk, Belgium. The first 24-meter Exqui.City to be configured as an IMC® electric bus will be on show on the stand of Belgian manufacturer Van Hool. 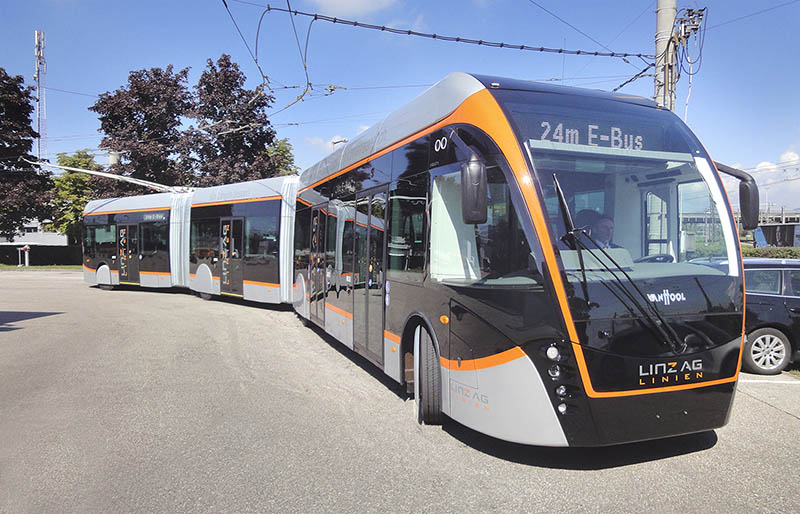 The bus on display is equipped with innovative IMC technology from Kiepe Electric, enabling it to charge the batteries while traveling under overhead lines and cover sections of route without overhead lines in battery-powered mode.

Kiepe Electric is one of the leading suppliers of electrical systems for buses and provides consultancy services for municipalities that are planning electric bus fleets. The introduction of electric buses has moved way up the agenda for more and more towns and cities around the world: The high-performance IMC electric bus concept represents a promising, cost-effective alternative to trams, since a direct comparison shows that the costs of both initial procurement and the infrastructure are lower.

The 24-meter double-articulated bus can carry up to 180 passengers, approaching the capacity of a streetcar, and the similarity also extends to the appearance of the vehicles.

Unlike streetcars, however, this electric bus is not to be stopped by roadwork or other obstacles but can simply drive around them under battery power. In towns and cities with existing metros or light rail vehicle networks, IMC buses can readily complement the e-mobility network by using the same substations as their rail-borne counterparts.

Systems specialist Kiepe Electric will be advising trade visitors on all aspects of adding electric buses to their fleets at its own stand.