With winter on its way, the key season for battery failures is fast approaching. Irish workshops are well placed to support their customers in avoiding the hassle and unnecessary expense a dud battery can present, says Martin Gray, CEO at Euro Car Parts Team P R Reilly.

With harsher conditions on the horizon, car breakdowns due to flat batteries will soon be flooding workshops. An annual event, we expect around one in 10 cars to need a replacement battery in the next 12 months. 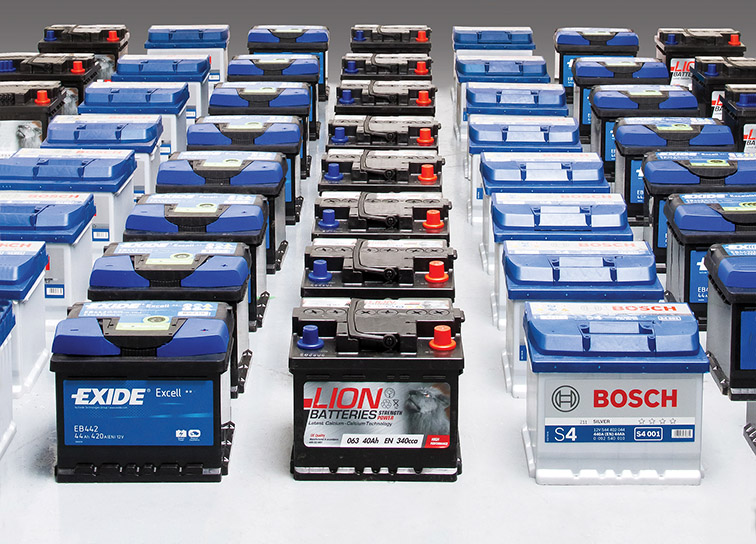 With a raft of servicing and NCT’s due in September, Euro Car Parts Team P R Reilly is encouraging workshops to carry out a complimentary battery health check at the same time. As well as saving motorists from the inconvenience of a breakdown, and the expense of a distress purchase, it will help you to maximise sales – a win-win.

There is a range of quality battery testers to choose from including such brands as Bosch and Exide. A battery low on charge might just need a recharge, but technicians need to be aware that, just as battery technology has moved on, so too have chargers.
Smart chargers that are capable of five or even seven-stage charging are required to not only charge modern batteries but keep them topped up with a ‘float charge’. Bodyshops will recognise the need to keep a battery charged because some jobs can take several days or even weeks. Preventing a battery from discharging is key if you want to avoid the complication of fitting a new battery.

That’s because installing the right battery is not as easy these days. Demands on batteries have increased as more electrically-powered systems have been fitted to cars and different cars place different demands on their batteries, to the extent that replacements have become almost model-specific. The knock-on effect is technicians need to be able to access a wide range of stock to ensure they can complete jobs.

That’s why, as part of Euro Car Parts Team P R Reilly’s commitment to support customers, it keeps over 400,000 batteries in stock. This includes products from big-name brands like Bosch, Exide, Duracell, which have OE pedigrees and are the same product supplied to vehicle manufacturers, through to aftermarket batteries such as Lion. The Lion range, exclusively available from Euro Car Parts Team P R Reilly, includes Absorbent Glass Mat (AGM) and Enhanced Flooded Battery (EFB) types for the ever-increasing stop-start.
It’s not just about accessing the right stock, but also about understanding which battery is required to meet a vehicle’s electrical demands. The most significant trend, in terms of electrically taxing systems, is the increasing adoption of stop-start fuel saving systems.

By 2020, more than half of all cars produced in Europe will have stop-start so it’s imperative that replacement batteries can cope with the continuous on/off action. The leading stop-start battery technology, for the most exacting requirements, is AGM, followed by EFB, which satisfies requirements somewhere between conventional batteries and AGM. Importantly, they are both capable of powering the electrics when the engine is in ‘sleep mode’, at traffic lights or stuck in a tailback, even when lots of energy consuming technology – lights, air con, stereo, etc. – are functioning all at once.

Some car owners, however, might not even realise their car has stop-start or believe that when the system kicks in and cuts the engine that they have a battery problem! As such, technicians should always correctly identify the make, model and derivative to ensure the right battery is selected – one with at least the same specification as the one it replaces.

In terms of brands to consider, Lion is a good place to start. Launched in 2010, the company has made a huge impact by offering real quality at an attractive price point. The automotive range includes conventional, AGM and EFB types.

To help you make the right battery choices, every dual-branded Euro Car Parts Team P R Reilly branch has access to the most up-to-date application data.

Euro Car Parts Team P R Reilly can supply you with point-of-sale materials too, such as battery stands and posters, and regular ‘buy now pay later’ deals are also designed to support its customers so they can deliver for theirs.

Motorcycle Batteries:
Despite the ever-broadening range of motorcycle makes and models, bikers can be well served with a comprehensive range of batteries. The 10 most popular references in the Lion motorcycle range, for instance, cover 55-60 per cent of the market, including many popular 400-900cc models from Ducati, Honda, Suzuki and Yamaha.

A relatively new addition to the range is Exide Lithium Ion motorcycle batteries. Originally developed for racing, the super-light Lithium Ion batteries weigh between 0.4kg and 1.5kg. This represents a massive weight saving over standard lead acid motorbike batteries, which generally weigh around 4-5kg but can be as heavy as 8.7kg. Thanks to an innovative design, just ten-part numbers cover virtually every post-2004 bike on the roads. They will accept a faster charge too, so they’re a great all-round upgrade.