After a year in service and a million kilometres, London’s first and Europe’s largest fleet of zero emission pure electric buses, operated by Go-Ahead London for TfL – have saved Londoners nearly 900 tonnes of harmful CO2 pollution. The buses are built in Britain by the BYD ADL electric bus partnership.

The 51-strong fleet of single decker buses, which operate out of Go-Ahead’s Waterloo depot on routes 507 and 521, have made a major contribution to tackling the air quality crisis on the streets of the capital and have already led to further quantities of buses from the BYD ADL partnership being ordered for other London routes. 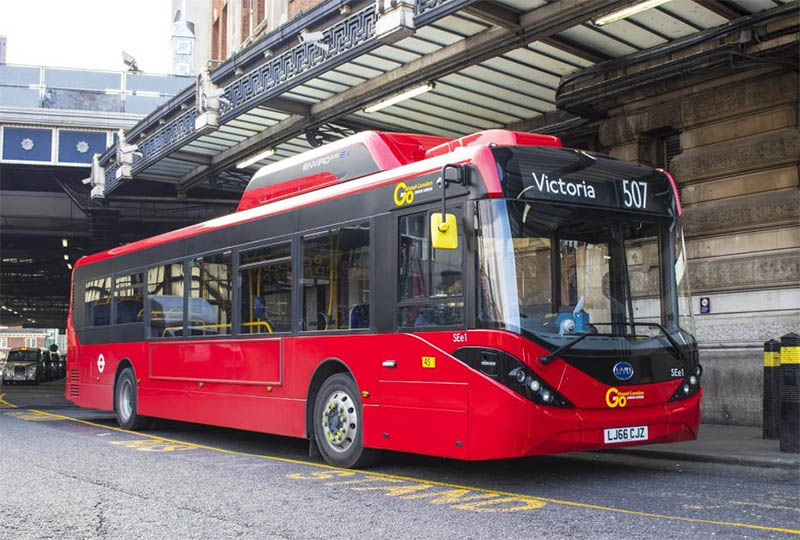 In total there are 157 BYD ADL single deck buses in service or on order for London operators with a further fleet due to enter service soon in Liverpool. The BYD ADL partnership is now working on a range of new products.

So far, the BYD ADL partnership has produced the Enviro200EV – a stylish, proven and reliable product, well able to handle a full day’s duty cycle without need for disruptive ‘opportunity charging’ during the working day and allowing low cost off peak electricity to be used for recharging at night. The Enviro200EV is available at both 10.8m and 12m in length.

“Its great to be at the forefront of cleaner transport across Europe with the successful introduction and running of the UK’s first electric bus garage. says Richard Harrington, Go-Ahead London’s Engineering Director.

“Changing the layout of the depot, the way the buses are scheduled to enter and leave and the installation of the power supply, required a new way of running a depot from one operating traditional diesel buses.

“Maximizing the amount of electricity used overnight (when demand is lower), and charging the buses with the exact amount for their routes (reducing further wastage) is a significant challenge that we have mastered without compromising our services for customers. And our expertise is now regularly sought by visitors from over 40 companies and nations”, said Mr Harrington.

“While we are now making real progress in the electrification programme of other TfL routes and operators, it was the Waterloo experience which really proved to the industry and authorities that pure electric buses were a realistic proposition. We’ve demonstrated beyond question that the joint BYD ADL product is reliable and efficient”, said Isbrand Ho, Managing Director, BYD Europe.

“Bus operators in London, as well as cities around the UK, are recognising that a fleet of Enviro200EV vehicles can bring significant benefits to their operations, customers and the wider environment. Reaching one million kilometres of emission-free bus service with Go-Ahead London is a significant landmark in the journey to improving street level air quality”, said Robert Davey, ADL’s Group Commercial and Business Development Director. 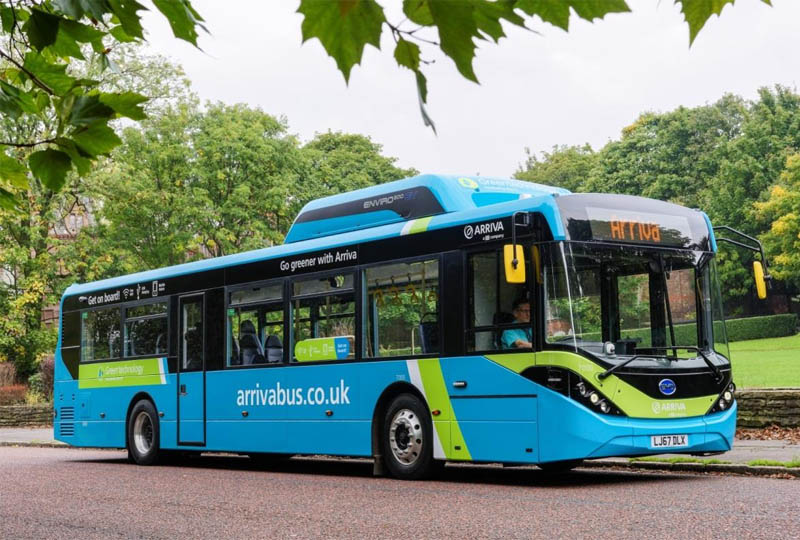 The order is significant in that it is the first to be won by the ADL BYD partnership (with ADL as prime contractor on this occasion) outside London where the partnership has enjoyed considerable success, winning every Transport for London (TfL) tender so far for full size pure electric buses – a total of 157 are now in service or on order to serve TfL routes.

The buses for Merseyside will cover 100 to 130 miles per day (most will operate 12 hours a day but one duty cycle calls for a 19-hour operating schedule) and will be charged overnight. In line with all ADL BYD joint products, the new buses are designed to operate a full day’s duty cycle on one charge, without the need for disruptive ‘top up’ charging during the working day and enjoy the benefit of lower cost off peak electricity. The BYD ADL solution ensures that operators do not have to purchase additional buses beyond the number of their current diesel fleet in order to maintain service on the route due to the outstanding battery capacity and range.

The ADL BYD Enviro200EVs being supplied to Arriva feature a provincial specification with the fitting of 38 seats. There is space for another 32 standing passengers and there are USB charging points throughout the buses.