Renowned Italian automotive manufacturer Beta Utensili has been unveiled as the new title sponsor of the Motorsport Ireland Awards.

Beta has a distinguished history in motorsport throughout the world. In 1975, the company’s pioneering sponsorship in Formula One was rewarded when Vittorio Brambilla took an historic victory at the Austrian Grand Prix, driving at the wheel of the very distinct orange ‘Beta Utensili’ liveried car. From that day Beta and motorsport became inseparable. 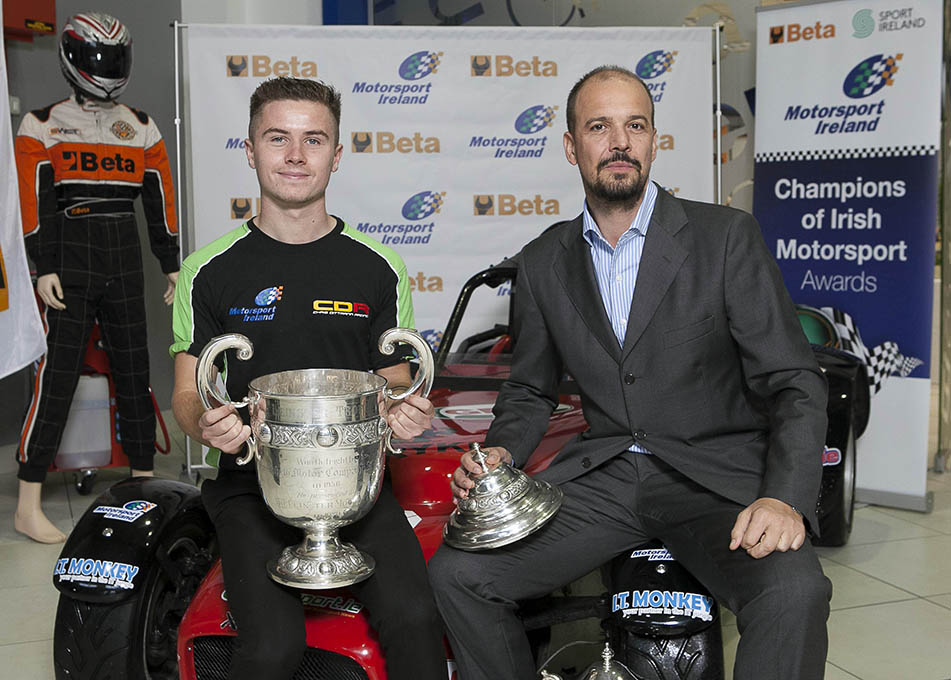 Martin Bryers, Beta Head of Sales, UK and Ireland, said: “In association with our partners in Ireland, J&S Automotive, Beta are delighted to sponsor the Motorsport Ireland Awards and to be involved with Irish Motorsport.

“Passion and sports run in the veins of the Beta family. For 50 years we’ve actively supported competitive motorsport of every variety at every level. Now we’re looking forward to working with young Irish drivers and teams who are looking to develop their careers in motorsport.”

The Motorsport Ireland Awards will be held in Mansion House on December 5th. Among the prestigious prizes up for grabs are the International Driver of the Year, the Sexton Trophy, and the Billy Coleman Award for the young rally driver of the year.

Drivers who have already secured nominations for this year’s awards due to their performances behind the wheel include Charlie Eastwood, from Co Antrim; Conor Farrell, from Dublin; James Roe, from Co Kildare; Jordan Dempsey, from Co Westmeath;Michael Boyle and Kevin Eves, both from Co Donegal; and Jonny Treanor, from Co Monaghan. Other nominees will be added as the motorsport season draws to a close over the next two months.

Alex Sinclair, CEO, Motorsport Ireland, said: “In the world of motorsport, Beta Professional Hands Tools is instantly recognisable. To have them in Ireland supporting our awards is a fantastic endorsement of what we are trying to achieve in Irish Motorsport. We have more drivers than ever competing on the international circuits and many of them would have received accolades at our awards ceremony over the years.”

Carey, from Co Meath, was speaking at the announcement by Motorsport Ireland that the renowned Italian automotive manufacturer Beta Utensili has come on board as the new title sponsor of their prestigious motorsport awards.

Carey, who is racing in Formula Three in the UK and recently won the internationally-acclaimed Leinster Trophy, said: “Winning the Sexton Trophy for young racing driver of the year is definitely one of the highlights of my career to date. It has opened so many doors that would normally be shut and has, without doubt, helped me to progress in my sport.