We hate to be the bearers of bad news, but the summer is already over, it’s already autumn and it’ll be winter before you know it, a season dominated by driving rain, freezing conditions and the odd bit of snow. Said conditions can be incredibly harmful to cars, especially if they’re older or ‘classic’ in nature, hence why Autoglym recommends applying a layer of High Definition (HD) Wax as an additional, last line of defence against the winter.

Many people fail to realise that while it’s undoubtedly true that winter weather has the potential to degrade your car’s bodywork, it’s actually the associated contaminants and de-icing measures that can cause the most damage. Anyone who’s driven through an especially frigid Irish winter knows that local authorities love nothing more than applying liberal quantities of road salt, a substance so corrosive that you can practically see it dissolving your car before your eyes! 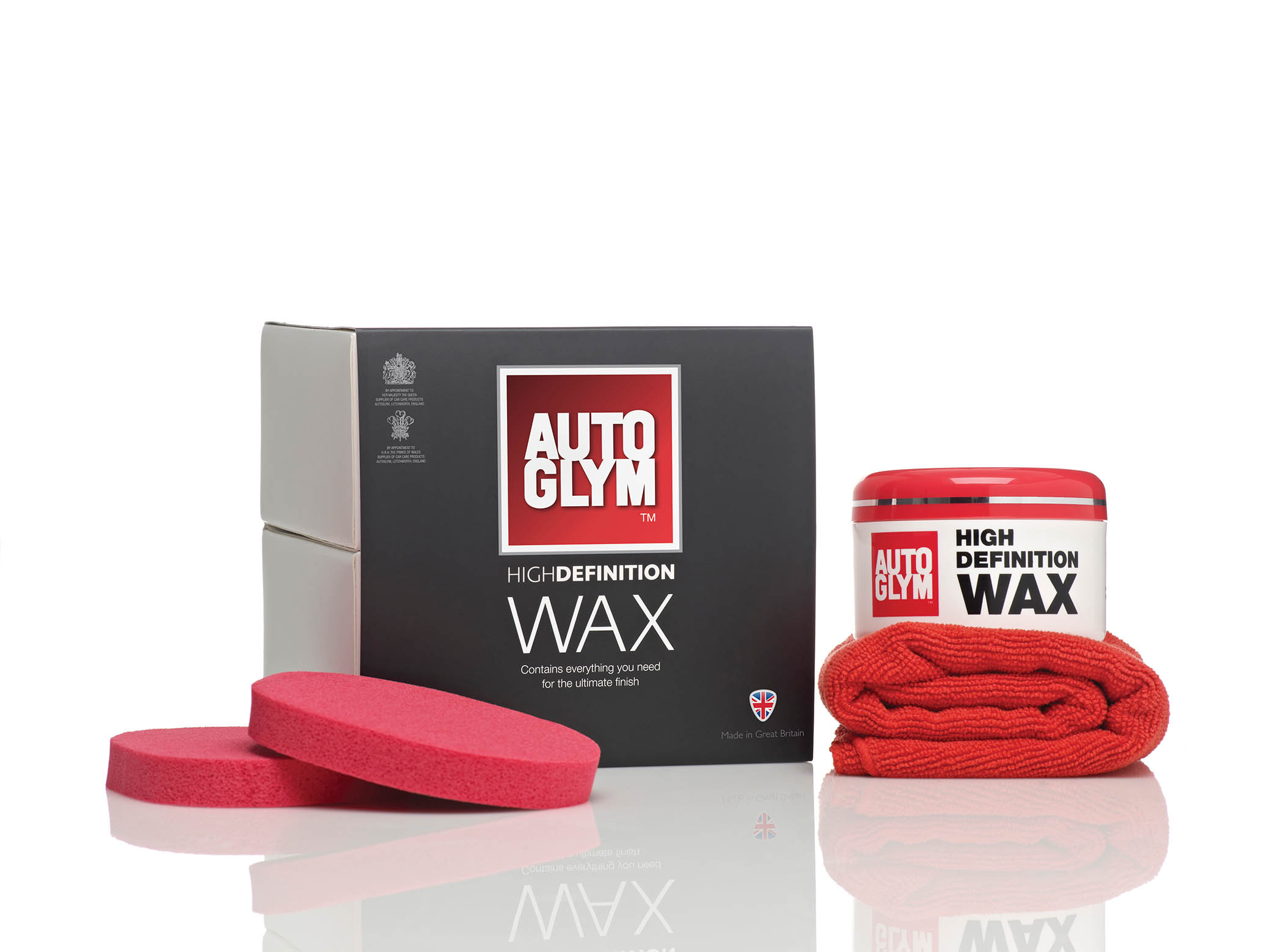 While it’s true that HD Wax is a product traditionally associated with summer show season, it’s every bit as effective when the nights draw in and the weather starts playing hardball. Very much one of Autoglym’s ‘halo products,’ HD Wax is a titan of the detailing world thanks to its carefully formulated blend of polymers, carnauba and microcrystalline waxes. These elements were picked for their ability to provide long lasting protection against all manner of commonly encountered contaminants, including salt, detergents, UV light, acid rain and industrial fallout.

HD Wax has proved incredibly effective, forming a translucent barrier that can, providing it’s been properly applied of course, last for up to 6 months, effectively seeing you through to Spring. HD Wax should be applied to all exterior hard surfaces in an even layer using the supplied foam applicator, paying especially close attention to the lower edges of the car such as the sills, lower portions of the doors and wings, the areas on the front line in the war on winter weather. Autoglym also recommends taking the time to apply HD Wax to the door shuts and other partially enclosed areas, as these are known moisture traps and therefore susceptible to damage.

There’s another, all too often overlooked upside to a well applied coat of HD Wax, and that’s that it makes the car in question far easier to clean and swifter to dry. This is of course a handy a trait all year round, but it really comes into its own during Winter, a season when even the most die-hard of detailers would rather be inside than battling the elements. It means that you’ll spend more time toasty and warm, and less time up to your elbows in freezing water – and your car will still look immaculate!