Charging unit issues or vehicles running out of charge are among the key reasons for electric car breakdowns according to AA Rescue, which has invested heavily in recent months to train its roadside technicians in the latest motoring technology. 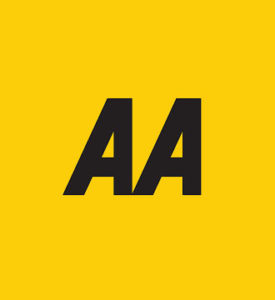 “2-3 call-outs per month may not seem like much for us as we’ll attend well over 100,000 cars this year,” says Commercial Director John Farrell “But it’s the start of a trend and we expect to see many more. While some of the electric car issues we’ve witnessed to date have been mechanical problems, such as a charging unit failing to attach properly, in other cases such as a car running out of charge the breakdown is very much self-inflicted.”

“As part of our on-going efforts to address emerging motoring technology and the future of Irish motoring, our AA patrols receive regular training meaning they’re fully prepared to deal with a breakdown whether it’s a conventional car or a more modern electric vehicle. Unlike many other breakdown assistance providers who may not cover self-inflicted breakdowns, AA Rescue also covers you in the event of your electric vehicle running out of charge as we have access to our own electric vehicle charge points.”

However, in addition to charging issues which are specific to electric vehicles, the absence of a spare wheel in many electric or hybrid vehicles is the cause of almost half of such breakdowns reported to AA Rescue to date.

The breakdown assistance provider is highlighting a growing trend which affects all car types, where a spare wheel is no longer provided as standard due to an effort to improve fuel economy and reduce emissions.

However, due to internal space being taken up by their batteries, electric cars already have reduced boot space and as a result are more likely to come without a spare wheel.

“A spare wheel can weigh on average up to 20kg which may not seem like much but over the course of a year’s driving that weight adds up and could actually result in a car being placed into a different emission band and change how the car would be taxed. As a result, across the industry there’s a growing trend to omit the spare wheel and unfortunately many motorists don’t realise this until they find themselves with a flat tyre,” Farrell added.

He continued: “While electric cars are a part of Irish motoring today and will certainly play a much bigger role in the future, as the technology is still improving and being worked on they currently have less internal space due to the battery size of these vehicles. This may well change in the future, but for now it is an issue electric car owners need to be aware of.”