Spheros, a Valeo company since March 2016, will now operate under the name Valeo Thermal Commercial Vehicles, completing its integration into the Valeo Group. A technological leader in bus air conditioning and heating systems, the company will also adopt a new visual identity.
With this announcement, Valeo is informing Spheros customers and business partners that the subsidiary will be changing its name. Acquired by Valeo in 2016, Spheros now operates worldwide under the name Valeo Thermal Commercial Vehicles. 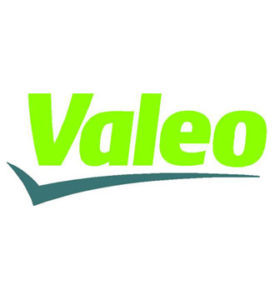 Furthermore, the company will be appearing for the first time under the Valeo banner at the October 2017 Busworld Europe exhibition in Kortrijk, Belgium, where it will also unveil its new corporate identity based on the Group’s strategic principles.
“As we integrate into the Valeo Group, we will maintain our focus on reliable bus products, future technologies and daily market issues,” said Mark Sondermann, the recently appointed Director of Valeo Thermal Commercial Vehicles. “Our new entity intends to make a significant contribution to Valeo’s strategy, whose two key focuses are CO2 emissions, notably through vehicle electrification, and expansion into markets with high growth potential.”

By combining the technical know-how of Valeo Thermal Commercial Vehicles and the expertise of the Valeo Thermal Systems team, the company is expected to further increase its market leadership in the development of bus heating and air conditioning systems, roof hatches and smart electronic control units.