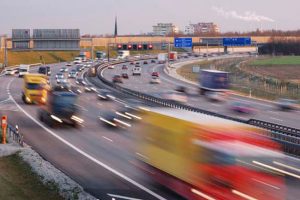 This complaint is lodged under Regulation (EU) No 2016/1036 of 8 June 2016 on protection against dumped imports from countries not members of the European Union, and in particular Article 5 thereof.

As equivalent products are widely produced in the European Union, pneumatic tyres for buses or lorries produced in the EU should be considered as being like to the product concerned in terms of manufacturing process, physical characteristics, use, marketing and distribution.

The complaint brings prima facie evidence that Chinese imports of the product concerned are causing material injury to the EU industry of the like product.

The complainant calculated the dumping margin to range between [50-75%] and [130-155%] of the Cost, insurance and freight (CIF) value of the exported product concerned.

Imports of new tyres from China have increased by more than 80% between 2013 and 2016 at low prices and thus caused injury to the EU manufacturers of new and retreaded tyres, the Coalition says.

Over the same period the EU industry exhibited a strong decline of its performances materializing a high level of injury.

The evolution of prices of imported tyres, the level of price undercutting of EU tyres by Chinese ones, the serious damages, suffered by the lower segments of the industry with an obvious risk of further aggravation of the injury, the coincidence in time between the increase in imports and the deterioration of the situation of the EU industry leave no doubt as to the existence of a causal link between the Chinese imports and the injury, the Coalition argues.