All roads led to Camolin in Co. Wexford last weekend, when Somers Commercials, the Mercedes-Benz truck dealers hosted its very own “Reeling in the Years” event, which took a nostalgic look back at the haulage industry from a bygone era in the sunny South East, writes John Loughran.

Jack’s Tavern in Camolin in Co. Wexford was the venue on Saturday evening, July 29 for a “Reeling in the Years” event with a difference. 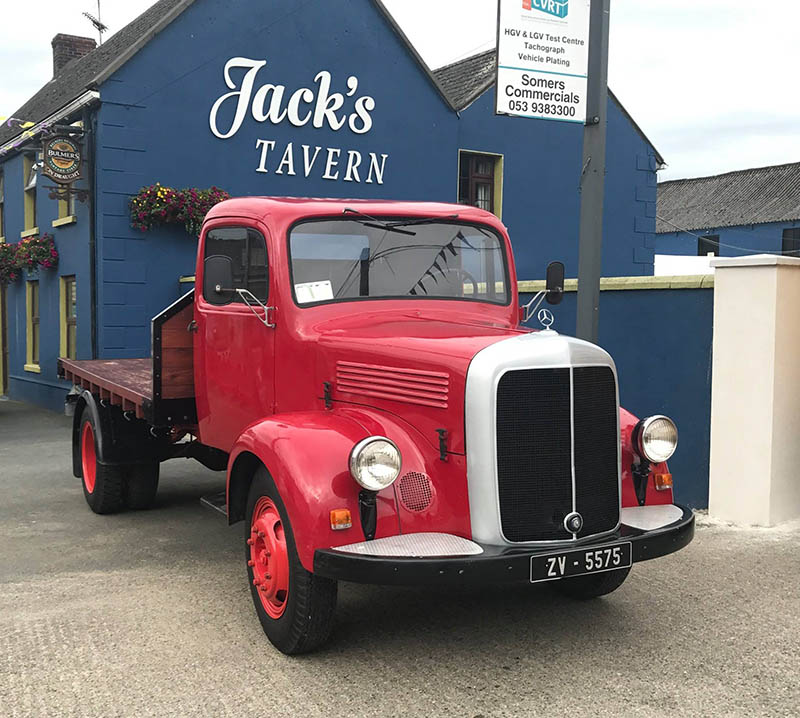 Upwards on 300 people attended the event, which toasted the men and machines that pioneered international haulage in the South East.

The late John Somers, founder of Somers Commercials was one of those pioneers and he ran a very successful haulage company in the 1970s. His son John and daughter Bernadette Behan, who work in the family business were the driving lights behind the event.

John Somers told CVWorkshop.ie that the event was borne out of an idea to host an event for the drivers who worked for his father’s haulage company.

“Myself and Bernadette started with an idea of getting the drivers that worked for my father together for a social gathering. The idea snowballed and it ended up that we had upwards on 300 people attending on the night,” John revealed.

Irish Road Haulage Association President Verona Murphy attended the event, and delivered the keynote address and she was fulsome in her praise of the drivers, who pioneered international haulage in the South East.

A number of the drivers who attended on the night spoke about their experiences down through the years, and the hardships they had to face. Other reminisced about the camaraderie of the job and the life long friends they made.

A Mercedes-Benz and Volvo truck from the era were displayed to give an air of authenticity to the proceedings.

A barbecue was held on the night as well as a raffle to raise funds for a defibrillator for the local community. 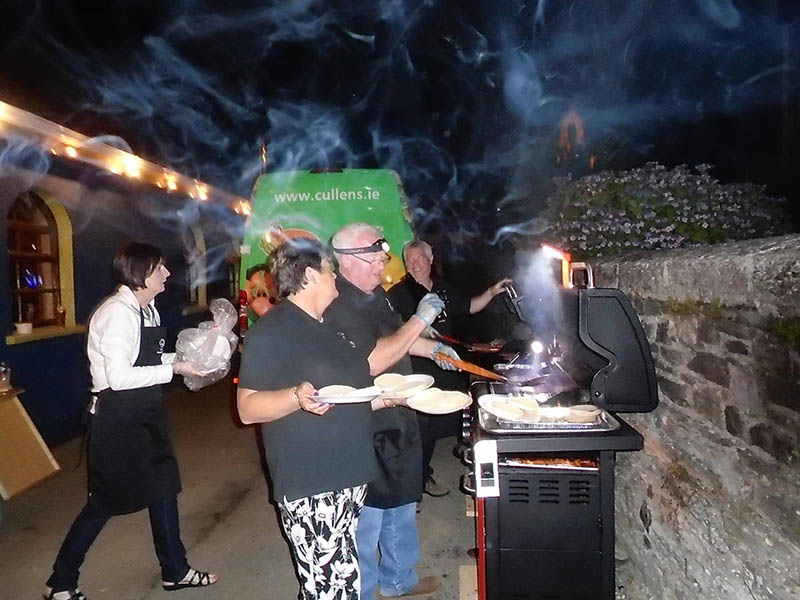 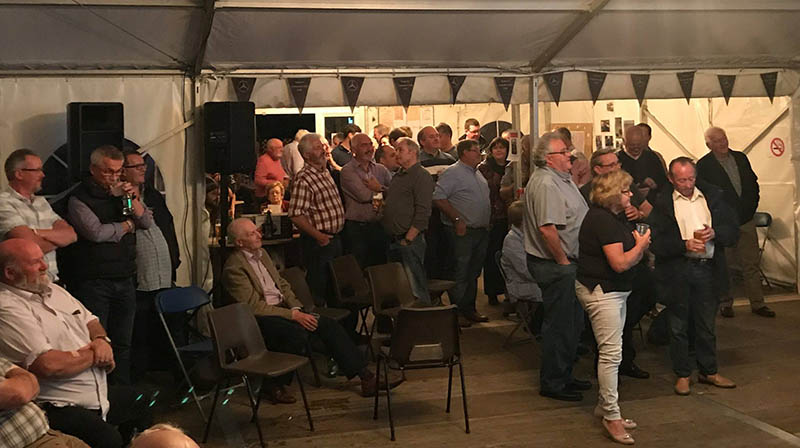 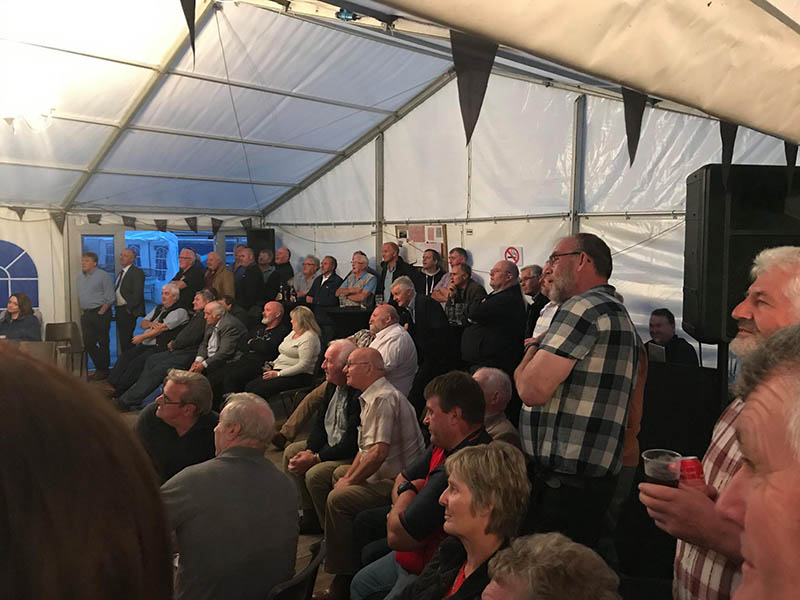 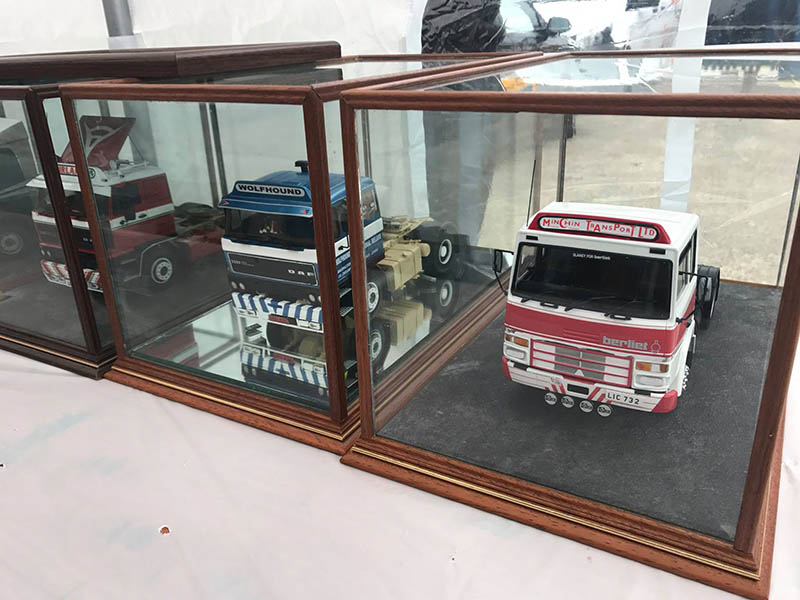 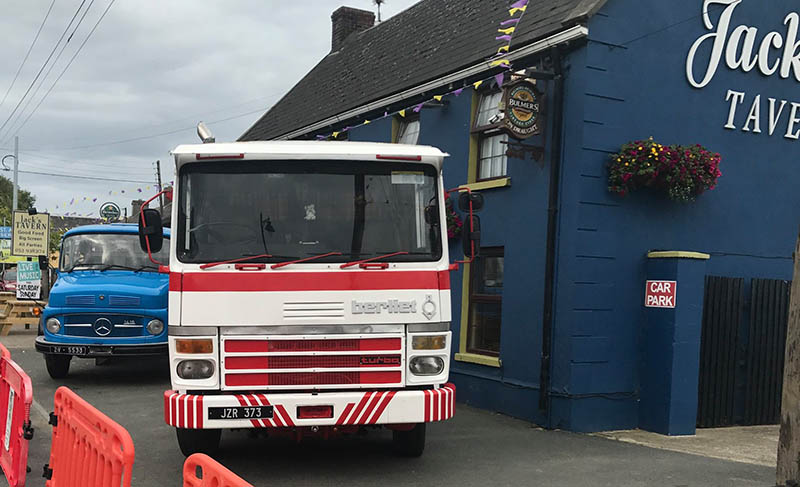