We don’t need to tell you that the world is a decidedly scary, wholly unfair place, never more so than at the moment, and never more apparent than when discussing Africa. The cradle of civilisation might not make regular news headlines but it can be a terribly unjust part of the world, which is why IM, or more correctly Anne and Peter Eakin of Eakin Bros Ltd, set out to bring a little bit of relief to one of its poorest nations, Tanzania. 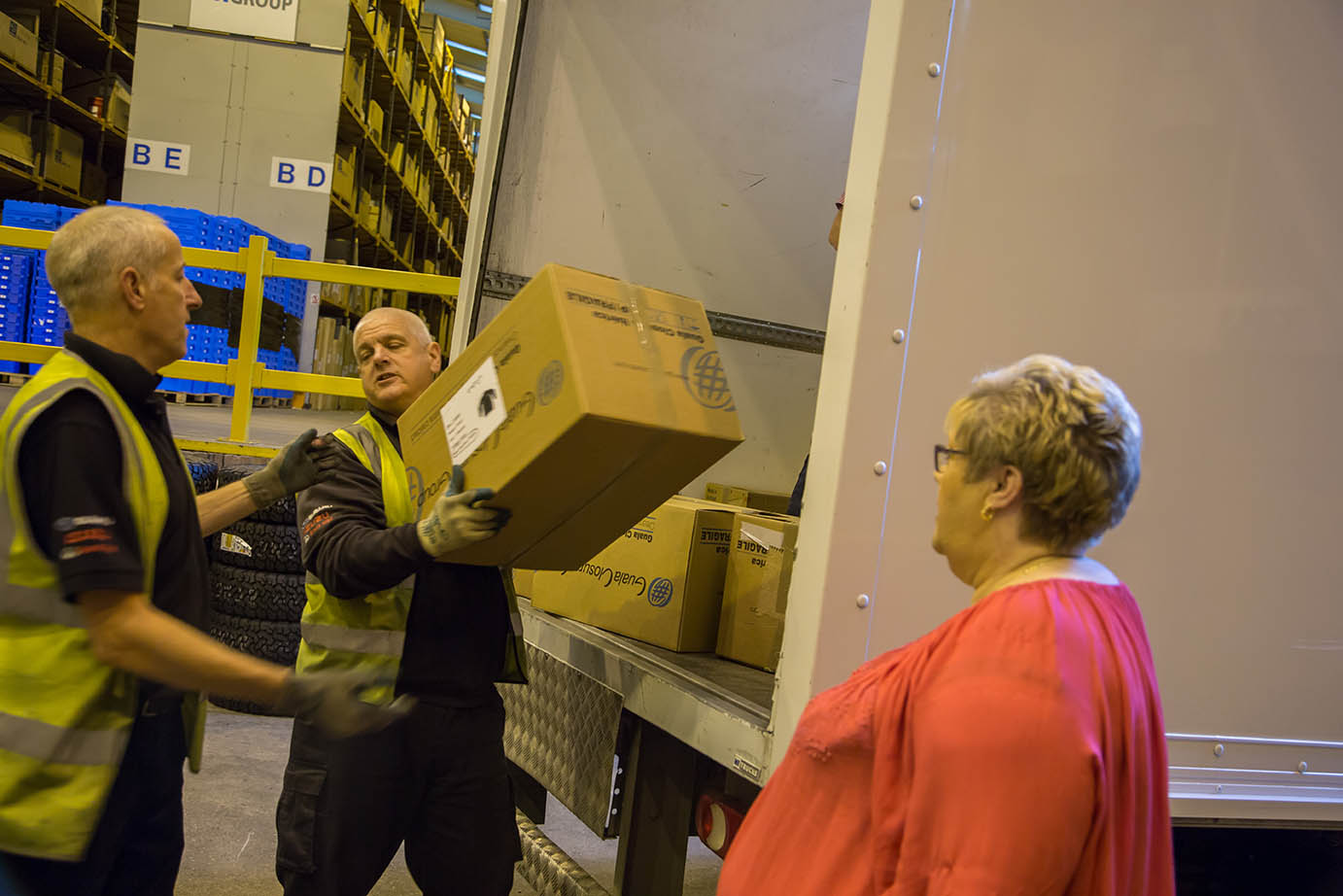 The inspiring story began with an IM Dealer Incentive Trip, where Eakin Bros of Claudy, one of IM’s Northern Ireland Isuzu dealers, were holidaying with colleagues – with both Anne and Peter having signed up for the trip. The pair didn’t realise at the time that they would be able to contribute to IM’s charity foundation while out there, and this trip was seen as an ideal opportunity to distribute much needed school supplies and teaching essentials to the primary children of Robanda Village.

It didn’t take long for everyone associated with the IM trip to realise that, while staffed with teachers wholly committed to imparting knowledge to their many, many students, the school in question was badly under-resourced. Not only was the school building itself without glass and with a mere 20 books in total, its students made do with a single meal a day, a solitary cup of oatmeal. This was in stark contrast to the children themselves, all of whom seemed happy and welcomed the IM party with huge warmth and enthusiasm, though there was no denying their poverty.

“Although they appeared happy, it was clear from looking at the children the level of poverty they live in. Some children only owned one shoe. Some children wore shoes that were too small and holes were cut at the end to make room for their toes. When a uniform becomes too small for the older children they are ripped to make them fit,” explained Anne.

Touched by the sheer level of poverty that the children faced yet enamored by their humility, the couple vowed to make it their mission to help make the school children’s lives more enjoyable. Back home in Claudy the pair set about their newfound aid task with gusto, and it wasn’t long before Anne had taken on the mammoth task of filling a giant, 20-foot container of school supplies through an appeal for donations.

Her task was aided by the sheer generosity of her local community (including a number of donations from local firms that do business with Eakin Bros), not forgetting that of the IM group itself, who offered to pay for the transport and to take the container to the village itself.

“The response has been overwhelming since we distributed 10,000 leaflets to schools, churches and local shops. Even the leaflets were donated by Budget Print in Campsie, I am so grateful to them. Everyone has been so generous.”
Anne was especially taken by the incredible generosity shown by local clothing firms, many of whom went above and beyond to help. Select Kids School Shop donated approximately 200 bin bags full of brand new labelled uniforms from its quartet of stores, and another contributed all their remaining stock as they were closing down. It meant that Anne and Peter were able to amass not just a staggering amount of donations, but also an amazing variety, including cloths, stationary, shoes, and even a number of musical instruments. It was enough to completely fill a 7.5-ton truck, and this has already been driven to IM’s HQ in Bromwich, England and will soon be loaded onto a ship bound for Tanzania.

It goes without saying that what Anne has achieved is nothing short of remarkable, and it wouldn’t have been possible without her drive and determination to better the lives of others, not forgetting the truly humbling generosity of so many individuals. Everyone at IM is proud to have been involved with such a selfless project, particularly as it will quite clearly improve the lives of so many in Robanda village, and would like to thank Anne, Peter and everyone else who made it possible.