VW Bus fans drawn from all over Europe, celebrated at a huge open-air long weekend party on the grounds of Volkswagen Commercial Vehicles’ Hannover plant. 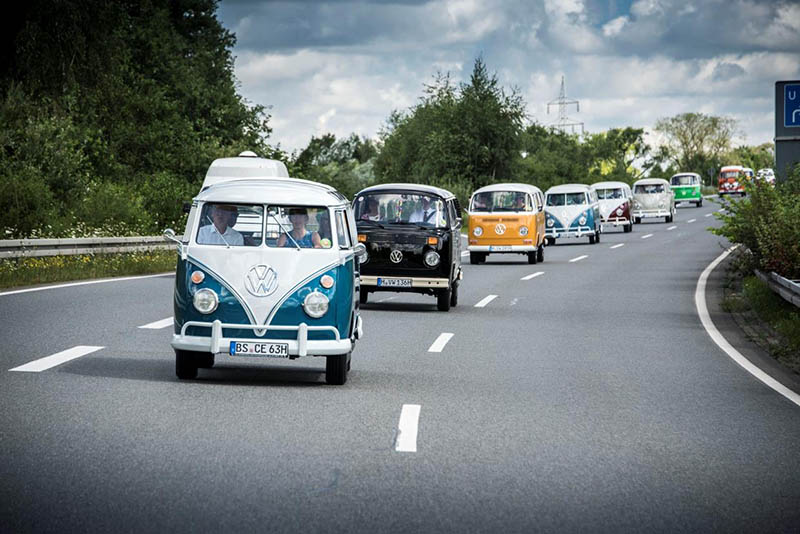 Pop bands created the perfect festival atmosphere. Prior to the finale was a convoy of around 350 vehicles of all six vehicle generations from Wolfsburg to Hannover, where the T-series is made today. The event was the final highlight of the four-day VW Bus Summer Festival in Wolfsburg.

Many Volkswagen bus fans also took the opportunity to look at the many T-series collector’s items and recounted their own tales and experiences, for every vehicle tells its own, interesting story.