West Cork rally ace Keith Cronin and his Kerry co-driver Mikie Galvin  dominated the John Mulholland Motors Ulster Rally at the weekend, leading after all but one of the fourteen stages in the Sperrin Mountains to beat Swede Fredrik Ahlin by 55 seconds despite easing off on the final stage. 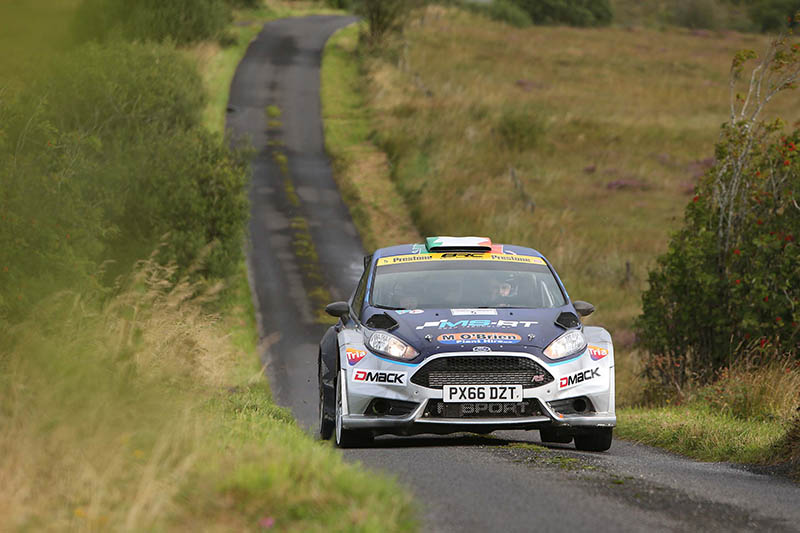 Cronin, already three times the British Rally Champion, still has an outside chance of overhauling Ahlin for a fourth UK title in the final two rounds on the Isle of Man next month, but the Swede holds a clear lead, with the Ballylickey driver losing out badly in the early part of the season with a succession of problems.

A trio of Northern Ireland drivers took the next three positions, headed by Jonny Greer in third place, but sixth for Monaghan’s Sam Moffett virtually clinches the Clonakilty Blackpudding Tarmac series for him, to add to the Triton Showers National title that he has already won this year.

Moffett’s main rival for the Tarmac Championship, Alastair Fisher, was one of the first retirements with an overheated engine on the second stage, leaving the Monaghan man in the uncomfortable position of driving cautiously for the rest of the weekend to ensure that he safely reached the finish in Derry city.

Twice Irish Hillclimb champion Joe Courtney scored another weekend double at Mondello, winning both days of the MEC Sprints, to increase his lead in the Naylor Engineering National Hillclimb and Sprint Championship. Former champions Sylvie Mullins and Michael Roche were the two runners-up.