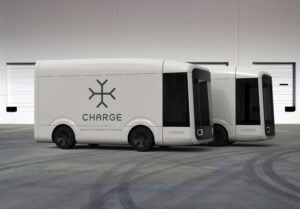 The UK’s first electric-only truck manufacturing facility is set to open in Oxfordshire, after Charge Automotive signed a 15-year lease on a former warehouse site in Banbury Cross.

The company’s range of ‘accessible and affordable’ electric trucks, which were revealed at last year’s WIRED technology conference, will be assembled at a 111,560ft² warehouse close to junction 11 of the M40, with easy access to the Midlands, London and the Home Counties.

Initially, the company will build smaller vehicles at the site, using ultra-lightweight modular manufacturing techniques that make it possible to build an entire electric truck in just four hours.

The company said it wants to “remove the barriers to entry” for electric vehicles by pricing the new trucks in line with conventional vehicles.

The vehicles will be “autonomous-ready”, for when self-drive legislation is in place, the company claims, and will comply with the requirements of proposed ultra-low emissions zones and Direct Vision Standards.

“We are making trucks the way they should be – affordable, elegant, quiet, clean and safe,” said Denis Sverdlov, Charge Automotive CEO. “We are removing all the barriers to entry for electric vehicles by pricing them in line with conventional trucks, giving every fleet manager, tradesperson or company, no matter how big or small, the opportunity to change the way they transport goods and make our towns and cities better places to live in.”

Charge plans to develop trucks in a range of sizes from 3.5 to 26 tonnes and is in talks with major truck fleet firms.