Comline Auto Parts (Comline) has improved its diesel filter range with vital enhancements to two of its most popular references, EFF235 and EFF246, each designed to allow a smoother assembly of the component. 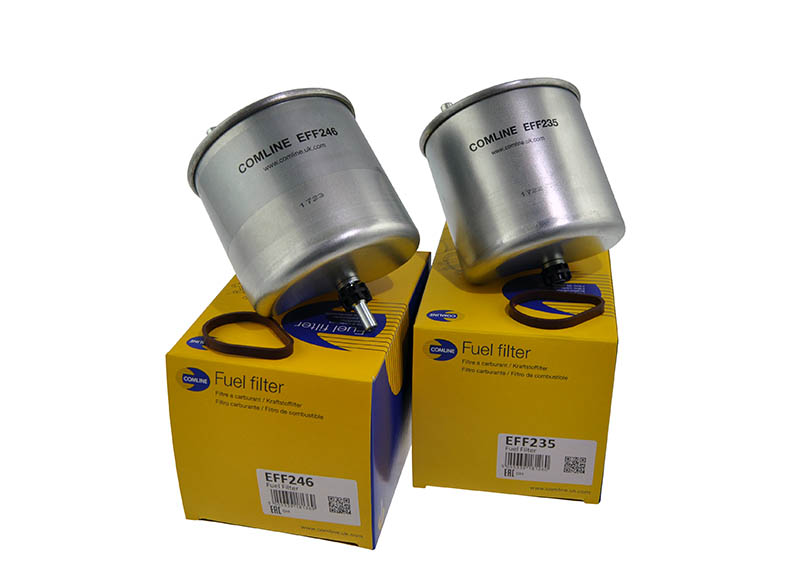 Comline, the award-winning British distributor of own-brand, all-makes replacement parts and a leading filter supplier, has redesigned both filters, each of which reside well inside the top-50 of the brand’s sales Pareto, with a series of visible changes.

Both references now feature a chamfer – a symmetrical sloping surface at an edge or corner – between the filters’ top elements and end-caps. This upgrade will refine the assembly between the element and filter cover.

Further improvements include an increased cover opening for the filter heads, which allows an easier assembly of filter head to filter element. The cover opening diameters of both EFF235 and EFF246 have increased from 28.2±0.2mm to 29±0.5mm, allowing for better alignment of the top housing bolt holes.
The drain hole has also been relocated – specifically, centred – to enable better assembly, allowing the diesel filters to ‘sit straight’ when placed in fuel filter brackets. Not only does the movement of the drain hole allow for better assembly of the filters’ head to the cover, but it also matches the drain hole positioning of the original equipment design.