I came upon an interesting story on the UK’s SMMT’s transport news website. The Freight Transport Association (FTA), which represents the freight and logistics industry, has commented on claims by the Local Government Association (LGA) that freight transport is one of the core reasons behind the poor state of Britain’s road network. 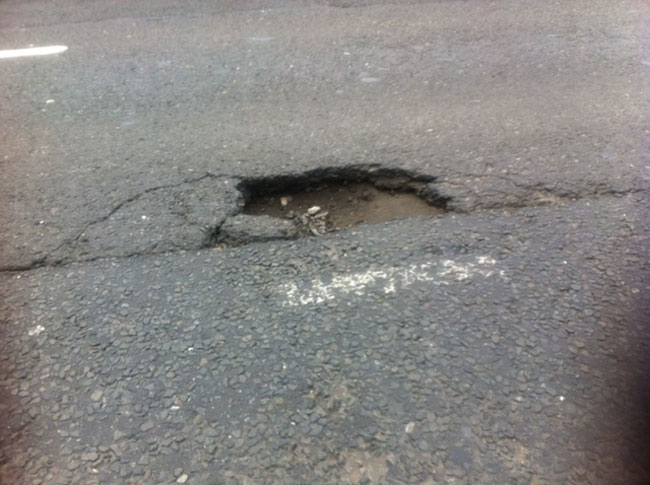 The FTA has called on central government to reverse the downturn in spending on local infrastructure, which has caused a 14-year repair backlog across the national road network.

“Freight levels on our roads are still not back to the pre-recession totals of 2006,” said Christopher Snelling, Head of Policy at FTA, “so the LGA’s assertion that HGVs are solely responsible for the increased number of potholes on Britain’s roads is incorrect. It also indicates a clear lack of understanding of the impact of freight vehicles. Larger lorries do not cause increased damage to the road surface – in fact, they have more axles which spread payloads more evenly.”

“Moving to a greater number of smaller vehicles would not ease the problem, but would simply compound the impact on an already weakened infrastructure.”

“The real issue is the need for increased funding from central government to address the potholes problem nationwide. Local authorities are facing large bills – one off costs of approximately £69 million per council [according to the Asphalt Industry Alliance] – to bring their roads up to a reasonable condition. If local authorities are not able to spend enough to do this now, then FTA wants more support from national government to address the problem.”

“The transportation of essential goods on our roads is crucial to the continued health of the economy, and to claim that lorries are the cause of the potholes across the country is simply not true. We call on government to make a significant investment to ensure that British business can keep moving smoothly, without potholes.”