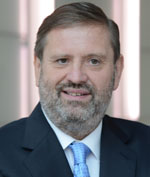 The company, the brainchild of Bruno Vianello, was formed in the late 1980s.

Together with his friend and partner Manuele Cavalli, Vianello designed his first artisan tool for solving electronic problems on cars that he sold and serviced as an Alfa Romeo dealer.

That tool proved so effective that soon many mechanics were asking him to make one for them. In 1992, this led to the decision to set up a new company, Texa, which very soon earned an enviable reputation in the specialist tools sector. The product that launched Texa to worldwide fame was the Axone 2000, a revolutionary tool in every way, aesthetically and technologically.

Texa has achieved impressive results by constant commitment to innovation, R&D and stylish design. Over the years the company has revolutionised the automotive sector by introducing video-assistance and telediagnosis. In 2007, Texa signed an important agreement with Google Search Appliance to provide a new basis for future generations of products.

In 2009 Texa was the first company in the world to launch a multi-brand diagnostic instrument for the agricultural and marine sectors.

In 2010, Texa was the first company to develop a complete range of recharge stations for vehicle air conditioning systems conforming to the new European legislation requiring environmentally friendly refrigerant.

The Konfort Series of A/C recharge stations proved another international success and is now recommended by leading vehicle manufacturers.

In 2011, TEXA introduced the Axone 4, an innovative tool with a touch-screen display that broke new ground in the field of vehicle diagnostics. In 2016, Texa presented the Axone Nemo, a powerful and future-proof diagnostic tool.

Since 2012, Texa has also become a leading player in telediagnosis, and now supplies TMD (Texa Mobile Diagnostics) to companies with large vehicle fleets in Italy and elsewhere. Thanks to extensive know-how acquired in telediagnosis, Texa has been able to tackle yet another new frontier: internet-connected vehicles. In this setting, in 2015 Texa CARe was created, an innovative, miniaturised tool that allows garages to remotely monitor the correct functioning of vehicles; and in 2017 e Truck was created, aimed at heavy duty vehicle experts.