Restating its commitment to truck racing, Meyle AG will again be partnering with the “tankpool24” racing team for the 2017 FIA European Truck Racing Championship, the European edition of the professionals’ truck motor sports series. Building on the very successful results of the previous season, both partners have decided to renew their technical collaboration. Besides outfitting the race truck with Meyle parts, sharing and exchanging technical knowledge and expertise is a key objective.  For the fourth consecutive year, Meyle will supply the “tankpool24” team with brake discs and pads. For the upcoming 2017 season, the team can also rely on running again on Meyle ORIGINAL engine mounts and rpm sensors and Meyle ORIGINAL clutch boosters. Setting store by Meyle parts, “tankpool24” drivers Norbert Kiss and André Kursim are determined to build on last season’s successes. The team came in 5th in the 2016 season’s overall ranking, which is a fantastic result: “As the last private team in the entire field competing without any manufacturer’s backup, being fifth is a result which cannot be rated highly enough. To be successful, we need to think laterally in terms of truck equipment, logistics and ways of growing our knowledge in the field of vehicle technology”, says crew chief Markus Bauer. “Supporting us with their in-depth expertise, the Meyle engineers are an important sparring partner; a tremendous help during the races.”  Sven Nielsen, Head of Strategic Product Development at Meyle adds: “We are impressed by the passion and creativity the drivers demonstrate in the run-up to and during the races. 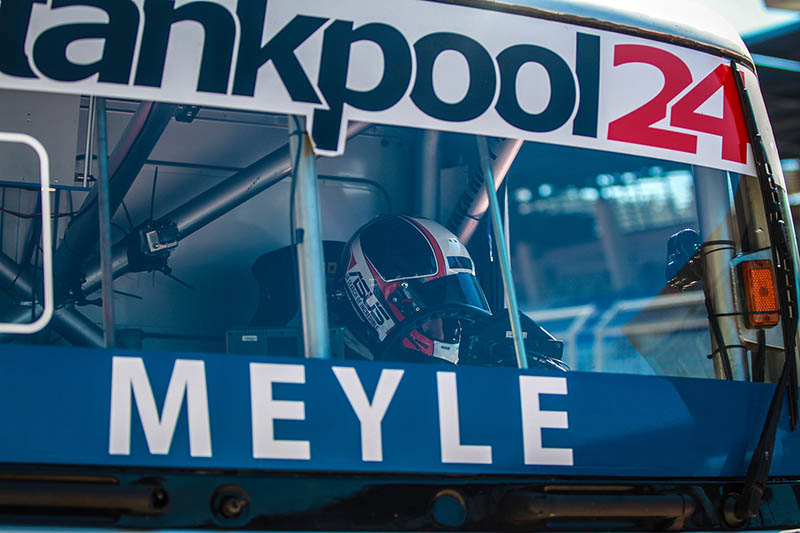 This approach ties in perfectly with our values, because it is what we have in mind when designing Meyle parts.”  The season 2017 was kicked off with a two-day-test run in the Autodrom in the city of Most (Czech Republic): On 19 and 20 April, all vehicles including the parts fitted on them were test driven under racing conditions and geared up for the race kick-off event to be staged at the Red Bull Ring in Spielberg, Austria on 13 and 14 May.  As the team’s partners in technology the Meyle engineers maintain a continuous dialogue with the “tankpool24” team technicians, enabling them to evaluate Meyle parts’ performance under racing conditions. Both sides stand to gain from this partnership, allowing parts manufacturer Meyle to develop valuable information that it can loop back to its in-house part design processes, and helping “tankpool24” drivers Norbert Kiss and André Kursim to face off competition on the race track.  To share the fascination of truck racing and provide insight into the “tankpool24” and Meyle technical partnership, the “Meyle Mechanics” produced a video during the 2016 edition of the Truck Grand Prix at famous Nürburgring, Germany. To watch the video on Meyle TV follow this link:  https://www.youtube.com/watch?v=j5cAhTZ2LKA&feature=youtu.be.
Contact Strongline Autoparts Limited on (01) 462 4631 for further details.