Approximately 100 product managers from Tenneco aftermarket customers in 33 countries in the Europe, Middle East & Africa (EMEA) region recently joined Tenneco at the Ascari circuit in Marbella, Spain for a privileged preview of the product line-up in the months to come.

The two-day event, called the Product Manager’s Experience, or PMX, included a series of workshops on Tenneco’s new Aftermarket Ride Performance product range – covering all the elements of its Good, Better, Best strategy. 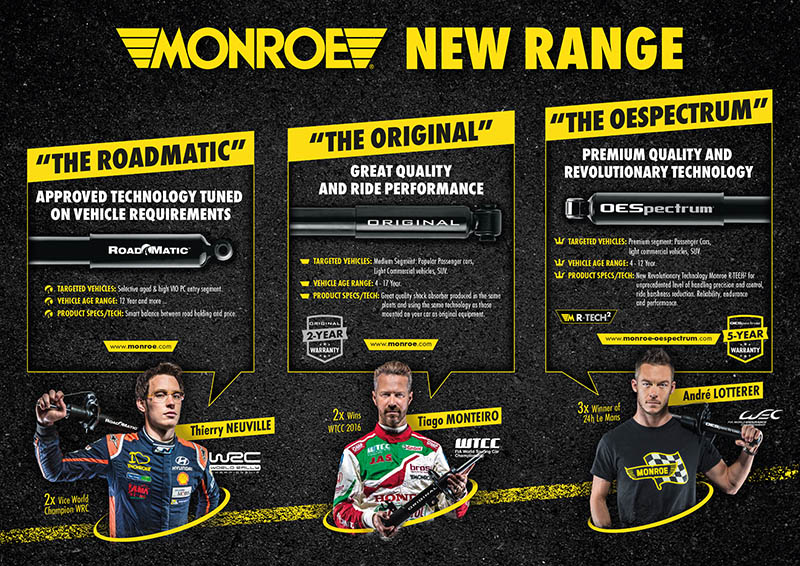 The PMX included test drives of an Audi Q3 in slalom, braking and avoidance maneuvers with OESpectrum shock absorbers, virtual and augmented reality experiences including a virtual 360° tour of Tenneco’s dedicated G+ aftermarket shock manufacturing facility in Gliwice, Poland and an exploration of a virtual chassis and parts.

The PMX event was followed by an Elite Customer Conference where – in addition to hearing about Tenneco’s Aftermarket strategy to 2021 from Bruce Ronning Vice President and General Manager, EMEA Aftermarket and Kathleen Pacheco, Vice President Strategy, Ride Performance, more than 60 guests heard pilot Bertrand Piccard talk about how to reach the impossible. Piccard, a Swiss psychiatrist and balloonist, co-piloted the first balloon to circle the world non-stop and circumnavigated the Earth in Solar Impulse, a fixed-wing aircraft using only solar power to bring attention to clean technologies.