William Clay Ford, Jr., Executive Chairman of the Ford Motor Company, and a great-grandson of Henry Ford, has unveiled a commemorative plaque and bench in the village of Ballinascarthy, Co. Cork, to mark 100 years since Henry Ford established Henry Ford & Son Limited in Cork. 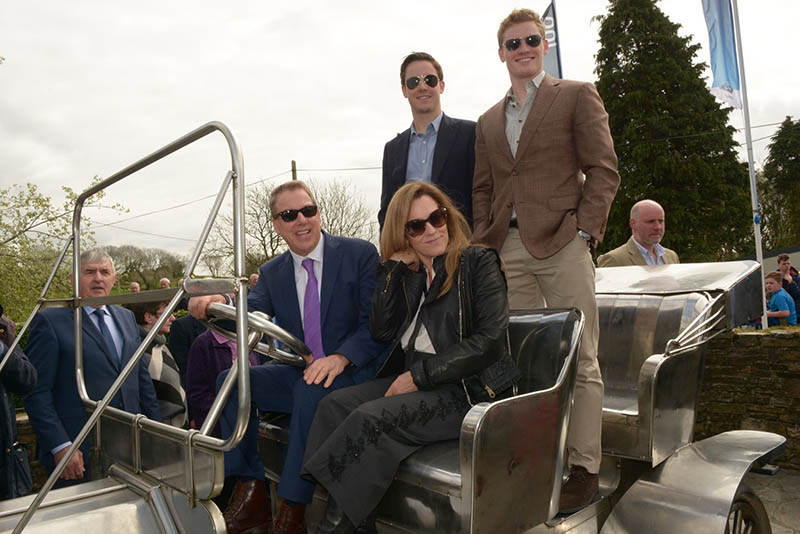 Commenting at the unveiling, William Clay Ford, Jr., said: “This is the metaphorical home of the Ford Motor Company. Just like Henry Ford, we could not be more proud of our family history and our Ballinascarthy roots are a huge part of that pride. That is why we are delighted to be here today marking 100 years of Ford in Ireland.”

Henry Ford’s father, William Ford, and his family, emigrated to the US from Ballinascarthy in 1847 during the Famine. Henry Ford was subsequently born in Michigan in 1863. In 1903, he set up the Ford Motor Company and 14 years later, he came back to his ancestral home city and established Henry Ford & Son Limited on the Marina in Cork.

The unveiling took place in the centre of the village of Ballinascarthy, beside the life-size statue of a Model T Ford that was erected in 2000. The site also includes commemorative plaques marking visits to the area by other Ford family relatives.