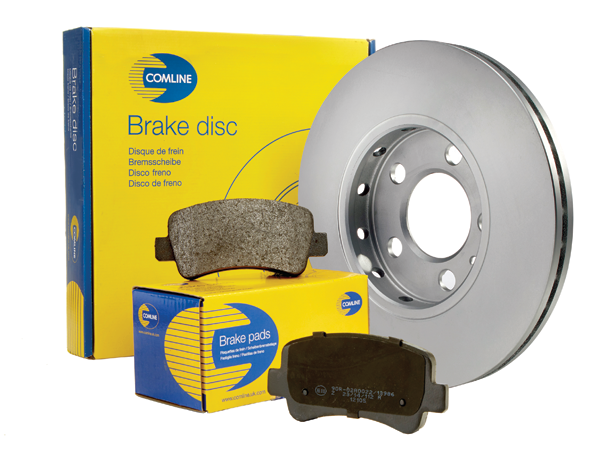 Comline’s friction offering continues to go from strength-to-strength, combining high-quality manufacturing, consistent, reliable performance and excellent value-for-money to deliver real results for aftermarket businesses. Comline’s prowess in this product category is one of the major drivers behind its status as one of the fastest-growing automotive brands in Europe.

Comprehensive European, Japanese and Korean coverage is something that the brand takes seriously, and this is reflected in its latest new-to-range salvo. References for European marques, as highlighted earlier, are complemented by introductions for Asian models, such as CBP31661 for Toyota’s Land Cruiser (2008-onwards) and CBP32304 designed for the Nissan X-Trail (2013-onwards).

The Comline brake disc portfolio has also been bolstered with 30 new references, all of which arrive finished with the brand’s specially formulated, anti-corrosion coating. Highlights among this selection of parts include a trio of references for the ever-popular Vauxhall Astra (2015-onwards) in the shape of ADC1165, ADC1166 and ADC1167V.

As with pads, this blitz of new brake discs illustrates the breadth of Comline’s vehicle parc coverage with a variety of Japanese applications also being catered for. This includes new references for three Suzuki models, ADC0937 and ADC0938V for the Swift (2012-onwards), ADC0939V and ADC0940 for the SX4 (2013-onwards) and ADC0939V and ADC0940 for the Vitara (2015-onwards), plus ADC0577V for the Honda CRV (2012-onwards).This latest update from Comline demonstrates the brand’s focus on meeting the needs of an ever-changing marketplace. At Comline, braking development shows no signs of stopping, so watch this space for further new-to-range announcements.