Chinese bus manufacturer, BYD has opened its first owned bus plant in Europe in the northern Hungarian town of Komarom. 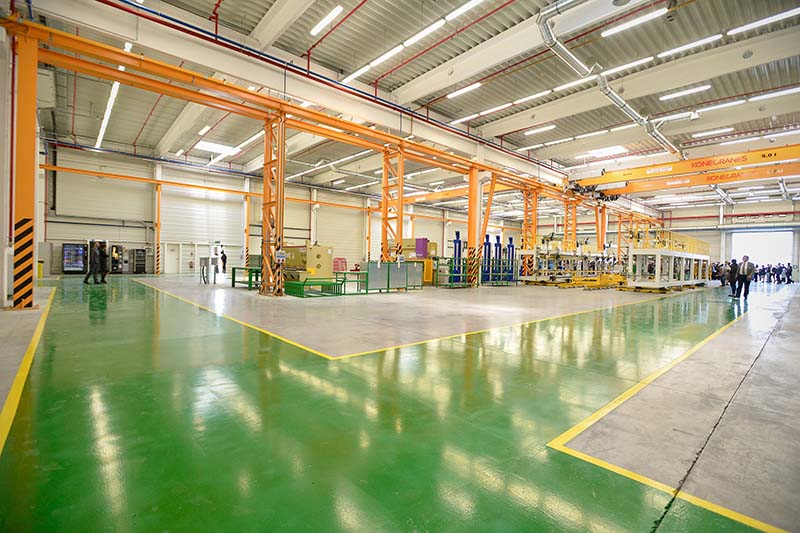 The new plant sees an investment by BYD that will total some €20 million (or about HUF 6.2 billion) in the three years to 2018. Currently, there are 32 employees of whom 68% are factory workers.
Eventually it will employ some 300 people, the vast majority being locally recruited Hungarians with a technical background, who will assemble up to 400 electric buses a year on two shifts. Those buses will be exported to customers across continental Europe.

Initial output will be electric buses and coaches but other products will soon follow, including electric forklift trucks and then light commercial vehicles. The plant consists of five buildings: a main office, a battery test and maintenance centre, an inspection line and water leak test booth, a bus and truck assembly hall and a paint shop.

It is planned that the Hungary plant will produce the bus chassis for the UK (for assembly into complete vehicles under the BYD ADL partnership) and the newly announced BYD factory in France. There are plans to deliver up to 40 vehicles by the end of this year.