Yesterday, the British Chancellor for the Exchequer Philip Hammond delivered his 2017 Budget speech at the House of Commons. As a result, with today’s Budget coming just four months after the Autumn Statement it has been viewed as a “transitional Budget” with no dramatic or radical announcements. 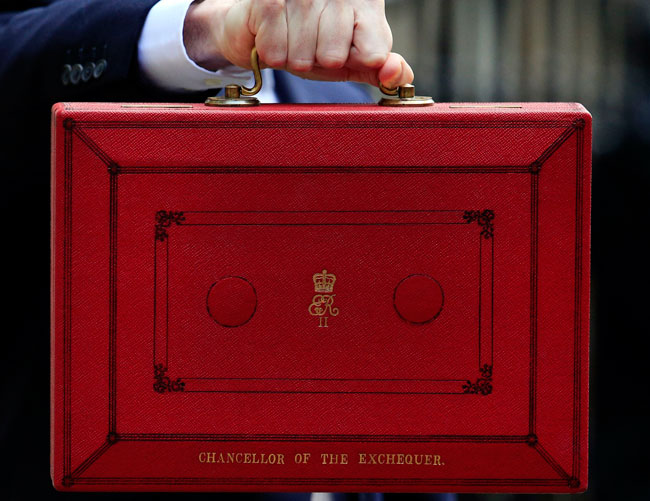 The news for motorists, fleets, business and the haulage industry with no rise in fuel duty and no diesel scrappage scheme. He did announce that he expects to reveal changes to the tax treatment of diesel vehicles in the autumn.

He added that the British Government was committed to improving air quality, and will consult on a detailed draft plan in the spring which will set out how the UK’s air quality goals will be achieved.
Alongside this, he said it will “continue to explore the appropriate tax treatment for diesel vehicles, and will engage with stakeholders ahead of making any tax changes at Autumn Budget 2017”.

Vehicle Excise Duty (VED) was also frozen for hauliers in the budget, which is set to be the last as the government moves towards a new system which will see an Autumn budget followed by amendments in the Spring.

The British Chancellor rejected calls for a reduction in fuel duty in his Budget, and held firm with the freeze that he announced last autumn. The PRA had given the Treasury a carefully calculated justification for a 3ppl cut in duty,

Tax reforms aiming to bring the self-employed in-line with full-time employees have been announced in the Spring Budget 2017. The main rate of National Insurance contributions (NICs) for the self-employed will increase to better reflect the fact that the differences in contributory benefit entitlement between the self-employed and employees are now small, following the introduction of the new State Pension in April 2016.

Here is a summary of some of the other key points announced that could potentially affect people and businesses in Northern Ireland.

The economy
The UK economy’s growth picked up through 2016, with employment reaching a record high of 31.8 million people.

Forecasts from the The Office for Budget Responsibility (OBR) state that the UK economy will grow by 2% in 2017, although growth will be at a slightly slower rate in 2018, before picking up to 2% in 2021.

Stabilising public finances
Britain has a debt of nearly £1.7 trillion – around £62,000 for every household in the country. Borrowing is forecast to be reduced by nearly three quarters by 2016-17.

Skills and training
There are plans to invest in technical education for 16 to 19 year olds rising to over £500 million. New ‘T-levels’ will be introduced from autumn 2019, and students will be able to choose from 15 different routes. The number of hours of training for these students will increase by over 50%. As part of the course, all students will take part in an industry work placement.

The government will also provide maintenance loans for students doing higher-level technical courses at National Colleges and Institutes of Technology – like those available to university students.

Consumer protection
The government will investigate ways to protect consumers from what could be seen as unnecessary costs and inefficiencies, such as: unexpected charges when a free trial ends. Terms and conditions are to be made simpler and clearer, including in digital contracts, such as signing up to a social network. Companies found to be mistreating consumers may be fined.

Making Tax Digital (MTD)
Small Businesses and landlords under the VAT threshold will have an extra year to prepare for Making Tax Digital (MTD). Unincorporated businesses (which were owned privately by one or more people) with an annual turnover below the VAT registration threshold will have until April 2019 to prepare before MTD becomes mandatory.

MTD will require businesses to use digital software to keep tax records and update HMRC quarterly.

There will also be £300 million in discretionary relief provided for local authorities, allowing them to provide help to those businesses most affected. From April 2017, pubs with a rateable value up to £100,000 will be able to claim a £1,000 business rates discount for one year.

However, Budget 2017 confirmed the Autumn Statement 2016 announcement that the government would reshape company car benefit-in-kind taxation from April 2020 to provide a stronger incentive for fleets to operate ultra-low emission cars (currently defined as being up to a maximum of 75g/km) and employees to choose them as company cars

Philip Hammond said in his speech: “As we start our negotiations to exit the European Union, this Budget takes forward our plan to prepare Britain for a brighter future. It provides a strong and stable platform for those negotiations. It extends opportunity to all our young people. It delivers further investment in our public services. And it continues the task of getting Britain back to living within its means. We are building the foundations of a stronger, fairer, more global Britain.”