Ford tells us that all Transits would be fitted with a new feature Side Wind Stabilisation as standard.

Ford says that ‘Side Wind Stabilisation’ is their developed advanced feature that works by carefully applying the brakes on one side of the vehicle to reduce the effect of a side wind gust on the vehicle’s path. 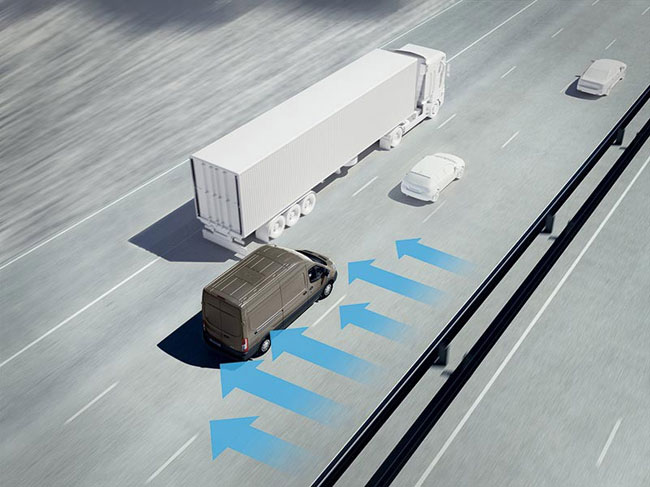 “No-one likes that feeling when your vehicle gets caught by a wind gust, or you are passing close to a fast-moving truck,” said Marc Suermann, chassis controls supervisor, Ford of Europe. “This new technology will help make driving less stressful for Transit drivers, particularly on those dark and stormy winter days.”

At vehicle speeds over 50mph, the Side Wind Stabilisation system monitors stability sensors 100 times per second. If a sudden gust is detected, the feature can become active within less than 200 milliseconds – the time it takes a sprinter to react to a starting pistol.

Ford engineers tested the new system at a specially created test track, which uses six powerful fans to generate crosswinds of up to 50mph, as well as on public roads in areas which are notorious for strong winds on.

The Side Wind Stabilisation technology is offered as a standard feature on Ford’s latest Transit and Transit Custom models that feature the Ford EcoBlue diesel engine, which Ford claims are delivering significant cost of ownership and performance benefits, with fuel efficiency improved by up to 13 per cent and low-end torque by 20 per cent.

Advanced new driver assistance features for both models also include the Pre-Collision Assist emergency braking system – the first in the segment to feature Pedestrian Detection technology – that reduces the severity of some frontal collisions involving vehicles and pedestrians, or helps drivers avoid some impacts altogether.